Personality: Alenna is a calm, quiet and gentle girl and along with her youngest sibling, are the only ones in her family who takes after their father in both looks and personality. She is often the voice of reason when her mother and siblings clash or if her friends are clashing and this nearly always seems to calm the situation down. She is shy around people who are total strangers or who she doesn't know that well. However if someone were to ask her for help, then she will willingly help them out as she seems to enjoy helping people like that, It is this gentle nature that seems to attract people of similar natures to her. She is nearly always found helping out at least one of her friends. She does have a playful side too but normally only shows that with her closest friends.

She does tend to hide her feelings of being upset or hurt until it eventually comes out as anger though. She can be can be quite stubborn about this and will repeatedly tell people that she is fine even when it is clear to friends, family and others that she is not. Though it takes a lot to annoy the girl, when she does eventually crack, it can be quite a sight. When someone has pushed her to breaking point, then normally she ends up yelling at them. For someone who is normally so calm, it can be quite scary.

History: 18 year old Alenna was born on a warm summer day in Maidenhead, Berkshire in the 21st century on Planet Earth. The oldest in a family of six children born to wealthy parents Alice and Henry Beaufort, Alenna had three brothers Ryan (16), James (12) and Jack (8) as well as two sisters Chloe (14) and Sophie (10). Alice was a confident, outgoing person as were James, Ryan Chloe and Sophie who took after her and her side of the family. Alenna and Jack on the other hand, were calm, quiet and gentle, taking after Henry and his side of the family. However in spite of the differences in both looks and personality, Alenna had a happy childhood growing up alongside her siblings whom she is very close to. As they were both similar, Alenna was closest to her youngest sibling Jack, often taking care of both him and Sophie when their mother was busy, which was quite a lot of the time.

Alenna and her siblings all showed signs of being bright from an early age, they all spoke their first words at 15 months and by the time each of them were six years old, they were reading books meant for nine year olds. Her parents and siblings were all talented in various things, sports, arts etc. Her mother also maintained that her children must continue the long line of tradition from both sides of the family of having good grades. However Alenna had a love of history, books and music and although bright, she wasn't quite as bright as her siblings and she struggled a lot more with her studies.

It was at the age of eight when she discovered her talent for music and her love of  that as well as her love of history and literature, which was inspired by her grandfather on her father's side of the family. She was visiting him one day with her father, when she spotted a old piano with a stack of old books on it and an old photo on top. She began questioning him about it and the conversation that day sparked her love of music, history and literature. Her grandfather and father began teaching her music, took her to various historical places and museums as well as often reading stories to her. In school Alenna slowly blossomed with confidence and made many friends (nearly all boys) throughout primary school. This however caused resentment amongst some of the girls in her school, causing Alenna to be bullied. However she managed to rise above it and keep her good grades.

However just after graduating from primary school when she was eleven years old, Alenna's grandfather died. Her beloved grandfather's death, unsettled Alenna and she struggled with confidence and making friends. Once again, the few friends she did make were almost all boys, though there were a few female friends too. More bullying ensued however, this time it was stopped by her mother taking action, when she eventually found out. As a result, her grades suffered for awhile but with love and encouragement from her family, she got gradually got back on her feet and left secondary school with grades good enough to get into Oxford University.

One day just before she was about to leave for uni, Alenna was in her local library. As she was placing a book that she had been reading back on the shelf, a bright white circle appeared under her feet and enveloped her in a beam of white light, causing her to faint. When she came to. Alenna discovered that she had been transported somehow to another world. The atmosphere in the new world felt off and now stuck in this new place and with no way of getting home, only time will tell if Alenna manages to survive.


Goal/Aspiration:  To find out more about this strange world she was transported to, how to survive here, how she got here and how to get back to her own world and younger brother.

Key Fear/Adversary: That she will either die, be killed and/or never see her family again.

Overall Appearance: Alenna's overall appearance is that of a typical human being. She is quite small standing at just 5ft 5". She has a slender built body with an oval shaped face and feminine features. Her nose is small and she has small elf like ears, combined with a pale complexion and clear brown eyes which are round in shape. Her hair is slightly wavy, dark brown hair which is long and flowing. She normally wears it either down or tied up in a pony tail. As far as clothing goes, she wears typically jeans and tops, when relaxing at her home or if with friends. If she is out with family, she usually wears dresses. 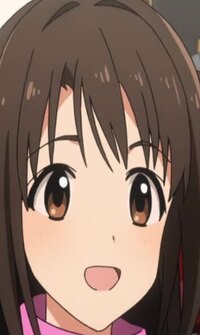