First Stop Around The World (Open)

First Stop Around The World (Open)

Dan could feel the difference the moment he set foot into rivengate, he felt as if all his energy simply left his body. He sat down on a nearby bench to rest. 'how can these people live like this.' Dan thought to himself in sheer awe of his surroundings it was all metal and machinery, there was hardly any nature here at all. For a fae this place was a anthesis to his very nature. Having been born on Ilyanor a place where nature and the natural order ruled this place was a shock to Dan's system.

As he stood he decided to try to learn about this place more after all this was why he left on his journey to see everything the world had to offer. As Dan continued down the street he continued to watch as people scurried from place to place hardly acknowledging one another as he went from place to place. Dan was still in shock at the size of the buildings it was if these buildings of steel and stone scrapped the very sky itself. Dan decided he would get something to drink and try to process everything he has seen and as he stepped into the bar he noticed a few people here and there it was still a little early in the day so that was to be expected. Dan walked over to the bar and waved down the bartender "Hey could you get me whatever is cheapest" Dan said with a nod and sat down at the bar. Dan was not ready for rivengate at all, the people, the sights, the smells it was all a huge shock to the Fae. As the bartender returned with his drink and sat it down Dan took a sip and felt a burn in his throat. 'man this is all confusing' Dan thought as he took another sip and tried to piece everything together. 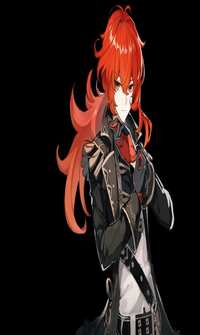