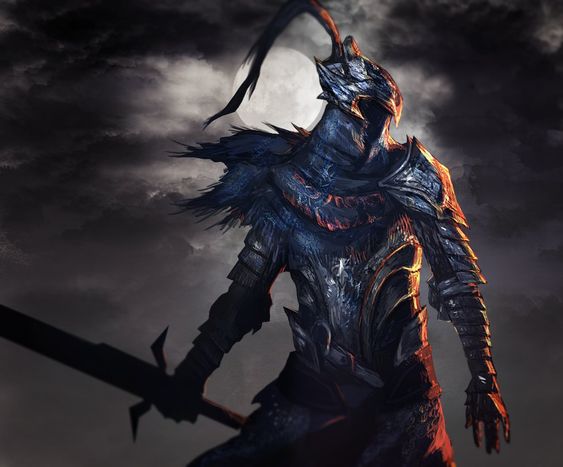 Ashes fell as embers rose, flickers of warm light gliding higher on cold winds as they faded away, the light from the heavens replacing it with silver starlight. A dark ocean hung over them in the form of a twilight sky, and the mountains merely watched on from their towering peaks as screams and the sound of clashing steel echoed from the fortress monastery below. Snow capped trees and frosty covered grass surrounded the temple, it’s position granting oversight beyond the cliffs it was built on the edge of, yet not even this vision protected them from the onslaught which was upon them.

With a roar of furious hatred, power and grief, her cry was almost bestial in it’d warning, but the warning was not enough to save the man before her towering sword cleaved him in two. Armour sheared, his shield dropped to the stone floor of the courtyard, and the rest of him followed soon after. A year prior over thirty knights had guarded the order’s home, kept watch over it’s charge, but that morning there was only thirteen. That night? Revna knew not how many of her allies had fallen, or how many more would fall by the time dawn shone over their faces once more. She told herself it was for a good cause, but how could one believe that when they had been withheld all information as to what purpose the artefact served? She had caught glimpses of it from time to time but it was as reclusive as their stronghold, and why the Kingdom below required an army of the damned to protect it she was clueless.

That was what they were after all, the damned, the cursed, perhaps that was why the moment the sun dipped below the horizon the arrows started. Amber skies blocked out by a wave of dark shadows, then their steel tips hammered down over the walls like rain, Akreus was the first to fall when they did. Supposedly he was a baker once, before he was afflicted with the wolf’s curse like she was. But now his body littered the ground like so many others, and with his memory on her mind and a howl on her lips her blade carved an arc through the air which felled two more of her attackers.

Who was this army? Their bodies were human, they wielded no magic so far, yet their strange armour and inhuman masks made them a legion of demons who would not relent until their prize was secured. Gripping her large hand around the throat of one wielding a towering halberd, she tossed him like a rag doll against the stones of the wall beside her so that he would never see his mission accomplished.  They were clever at least, the Full moon had passed two nights ago, leaving only her giantess form to face the enemies which clambered over the walls using their ladders and hooks. But even like this she was a force to behold.

Approaching nine feet tall and clad in the slick, ornate armour of her order and the blue fabric of her scarf, and helmet plume which marked their oath flowed in the wind. With a wicked, vicious punch she drove her fist into the mask of another enemy, denting the mask against his features as his body slumped to the ground without consciousness, and with her sword batting aside the one seeking to aid him, she heard a familiar voice.

“Lyndaughtir!” Came Calder’s voice, the newest of her allies, one who had only been with them for some six months. She whipped her head around to see him emerge onto the fortress monastery outer wall, his spear and shield working in unison with pristine fluidity to cut through the invaders like water. “Fall back to the South Shrine!” He called down to her amidst the sound of clashing steel, a message he had clearly been asked to relay and she was ready to answer. An answer which would have fallen on deaf ears, for as her lips parted so too did the shaft of an arrow pierce Calder’s breastplate. What came of him after that she could not see, for he tumbled over the far side.

“I will be your end!” She cried out with a shriek of vengeance as she picked up one of the next to face her by his helmet, using her strength to apply pressure until the helmet was crushing his head enough to make his feet dangle off the ground, and with a mighty throw she sent him tumbling into several of his allies, knocking all of them over before she brought her sword down to finish the job. She would not die here, not for them, she would see her people again, she would lead hunting parties through the mountain snow again, she would hang up her sword one day and become a figure of wisdom and hope for her clan. She knew this because she willed it, and as another fell before her she believed it could be done with every fibre of her being.

Thud, Thud, two hammering blows collided with the back of her plate armour, embedding in it’s surface like two stumps of what could have been wings, but they were only the shafts of arrows. Her howl of pain was only stopped by clenched teeth and gripped fists, her helmeted head turning instantly to the two arrows who had managed to sneak around her. One died by her sword, the other was crushed under her boot as she limped her way towards the southern shrine. She could feel the warm sting of her own blood under armour, but she could make it. The opportunity to regroup at the doors of the artefacts safe haven would be a chance for them to hold them off till light, a bloody siege in the dark brought out into the light.

But then, moments after she managed to raise her shield just enough to block another two arrows destined for her chest, she heard the horns of their enemy. Not from beyond the walls, not from the courtyard behind her, but from the shrine she had been travelling to. Revna limped over the bodies of those she had feasted with the night before, trained with that very morning, and all she heard echoing around the walls was the cheers of victory from those she had been keeping at bay. It was in that moment she knew even in surviving she had failed, for blinded by the haze of battle she didn’t know the other flanks had been lost, and she knew that the horns meant they had taken what they had come for.

Sluggishly, and with heavy breathing, the Giantess fell to her knees in the centre of the path she had been trying to get down. The sight of her enemies in the distance, slowly making their way closer to try and take her prisoner most likely. She couldn’t allow that, not when the curse in her blood could be used against others. If she was to be taken alive, she could not allow them to keep her for long. Her eyes, blurred by tears of pain, began to lose focus of all the surroundings before her. Lighting flickered, the feel of the stone beneath her knees shifted too, and as she moved to reach out and right herself against the wall, she fell. Fell out of all consciousness and sense of reality, her body and mind too blurred by the chaos of the sensation that she had no idea what was going on nor could she hope to understand it. All she understood was that her eyes went dark before she could see the light of a sunrise over the monastery one last time.