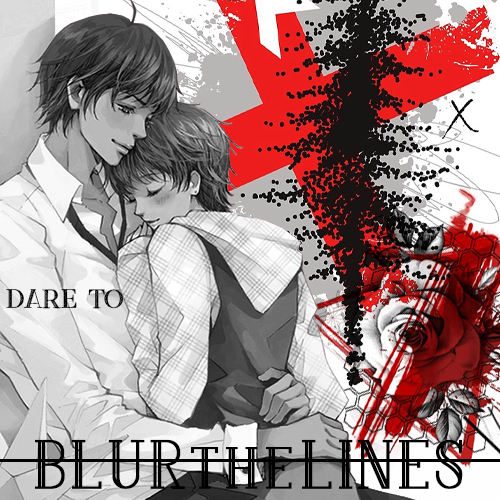 In the beginning, the differences between Alpha and Omega were vast. Omegas were seen as tools, as a means to continue the world's populations while Alphas lived in their vast estates and lived a life of luxury. Omegas would revolt and fight for their rights. A new world of peace began where Omegas were given the same opportunities as their Alpha counterparts.

December 31, 2021 at 11:48 pm, an earthquake rocks through Mahogany CIty causing mass destruction of buildings and utilities. As if that weren't enough, at 12:01 in the new year, an explosion occurs outside of the city, shooting large clouds of smoke and chemicals in the air.

With the events of the new year still present in everyone's minds, humans are now showing symptoms of intense heat and rut cycles.  Much more is going on here and no one is offering help!

Will you demand answers or Blur the Lines?

Re: Blur The Lines | Animanga Omegaverse