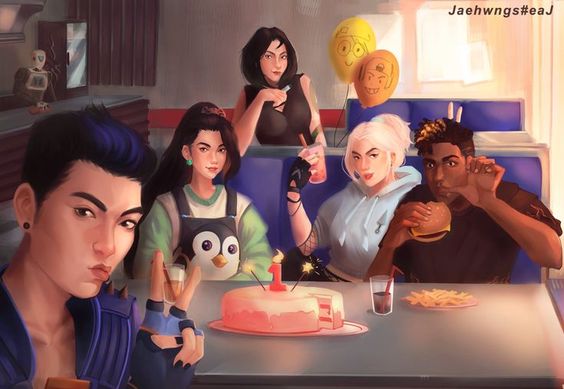 Family
Arthur Paledragon:
-Adopted Father-
Arthur is a human man in his mid forties. Olive tanned skin, bald head and a slight stubble along his jaw. He stands about 5’7” and his a thin build. He used to be a travelling bard, who would sing of Isla’s mother’s exploits on their journey around the continent. He is charming, disarming, playful and cunning. A dramatic at heart and forever looking to make others smile through winding them up, he was always the one most likely to let Isla off without punishment when she got in trouble for free running as a kid or for starting fights in the playground. He was also the most vocal supporter of her dream to adventure like her mother, thinking she would even surpass her exploits and become whatever she wanted to be.


Nikolai Paledragon:
-Adopted Father-
Nikolai is a human man in his late forties. Pale skinned with long white hair, usually clean shaven and with scars across his body from battles. He is strong and athletic though not overly bulky, he stands close to 6 feet and speaks with a thick accent similar Isla’s. He was Isla’s mother’s sparring partner and most loyal ally in combat, often wielding an assortment of swords, crossbows and an experienced brawler when required. He is weathered, sarcastic, socially awkward and introverted, he was also the one who trained Isla in combat from an early age so she could better defend herself against others with more supernatural capability. Not a fan of her dream to pursue her mother’s career as an adventurer and mercenary, he heavily opposed her first journey to the mainland and was only won over eventually through Arthur’s efforts. Still by far the most concerned for her safety, he has began to trust in her capability with recent years, even going so much as to jest she could almost kick his ass, and on the day she does he will finally stop telling her off for coming over to their apartment for free food whenever she feels like it.

Other
Idris Lyndon:
-Ex Boyfriend-
Idris is a human young man of the same age as Isla. Dark brown skin, shaved back and sides of his head with black short dreads on his head tipped with orange dye. He stands about 5’9” and has an athletic but lithe build, a strong free runner but not as dedicated to athletics as Isla. He moved to Isla’s neighbourhood in Rivengate when they were both 17, though he had previously only lived in a different area of the island. The two met through mutual friends and started dating after a few “dates” on rooftops or chilling by the docks with their favourite music. However, on the buildup to Isla’s first journey to the mainland he was heavily against the idea, and tried encouraging her to “grow out of” her ambitions to be a sword wielding adventurer like her mother. The pair eventually broke up, while they still get on and have much in common the wound is a bit too heated to let them be close friends again anytime soon.

Raya Rivers:
-Childhood Friend-
Raya is a hybrid young women, a year older than Isla. Black hair just short of her shoulders, easily blushed skin and with pointed ears like an elf. She is about 5’4” and has a thin build with slight curves but good posture. She is a talented photographer, painter and amateur writer. She met Isla when they were children as her mum lived down the hall from Isla’s adopted parents, though she has since moved into her own place with her partner. The pair were not very alike but their personalities meshed well and begrudgingly became best friends all through their childhoods and teenage years. They temporarily had a fall out over Raya crushing on Idris but this is since behind them both. Raya supported Isla’s dreams of adventure as she had seen how much it meant to her from an early age, however since taking this lifestyle the pair don't see each other nearly as often as they used to.

Katie Longstride:
-High School Friend-
Katie is a young werewolf women of similar age as Isla. Pale skin, average build with reddish brown hair worn in a ponytail down the centre of her back. He stands about 5’3”, an aspiring actress who loves the modern world and never sees much interest in going to the mainland. TBC 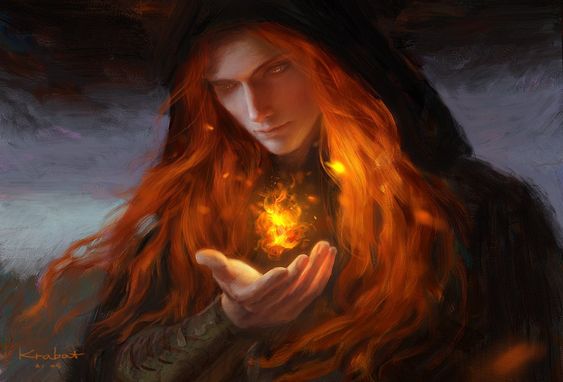 Travelling Companions
Mr Sandman:
-Feline Companion-
The former pet of a human aristocrat, this mundane creature took a liking to Luchta after he was charged with finding the runaway. Now an almost inseparable pair, Mr Sandman travels with Luchta everywhere he goes. Despite this though the Hybrid doesn’t always know where his cat is, as Mr Sandman has a habit to wander and always be nearby but not always within sight, only to appear again without warning or fuss and simply sit on Luchta’s shoulder regardless of circumstance.

Other
Alice Grey:
-Ex/Old friend-
Alice is an Anthro women in the closing years of her life. Naturally brown hair which has naturally faded to white, with tanned skin and stands at roughly 5’6”. Alice was once a naive and playful Anthro young women, looking for adventure so she could see all the beauty the world had to offer. On this adventure she met Luchta, and the pair soon became travelling companions. Though they were on the road for several years as only friends, they did begin to date for about five years before Alice decided the road was not what she wanted anymore. Wishing to settle down by the sea, the pair mutually agreed to part ways and so Luchta carried on his constant journey but promised to visit her at least once every single year. A promise he has kept every single year, even as she now ages to the edges of her mortality, he has not left her to do so without a celebration of her birthday with company and care as old friends.