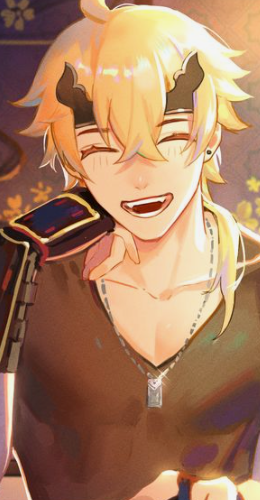 ROBIN SILVERPINE
How long had it been since Robin left his home, Ilyanor, for the great beyond called the mainland? Two months? Three? He was already fifty years old, so a few months didn't seem as long to him as it did to others, but it was hard to tell whether that was because he was a fairy or his energetic lifestyle made everything go by faster. In either case, it didn't matter to him—he just couldn't stand to be bored, and tying people's shoelaces together just before their next step was beginning to get old.

On a seaside bench in the Miriad port sat two men—one middle-aged, burly, and curly-bearded one, and Robin, who was a boyish blonde who sat just next to him. Ports were busy places, full of sounds and sights that could easily distract someone, but Robin eagerly stared out into the open sea, rocking side to side in his seat as he restlessly awaited his brother to reunite with him.

The coos of seagulls in the distance, the smell of salt water, the intrusive sound of crowds walking across the stone port, the abrasive thud of crates dropped to the ground—ten minutes of people-watching and Robin was already at his limit. His cheeks were turning a hot pink with all of his impatience swelling up inside of him, and eventually, he just couldn't take it anymore. Bright and wide green eyes darted to the man next to him, staring curiously at his beard and then at his newspaper, which he flipped through quietly.

There was an awkward pause before Robin leaned over and looked directly at the text, skimming over it inquisitively but disinterested in what it actually had to say. The man, noticing the sudden intrusion, flinched and looked at Robin. But before he could even say anything, the blonde was already opening his mouth.

"These papers would be so much better if they replaced all that boring stuff with pictures instead, right?" Robin looked up at the man and pointed, "I'm waiting for my brother. Do you have a brother?"

Suddenly, a terribly loud horn could be heard out in the sea, where a boat found its way onto the horizon. It had looked no different from the other boats that had docked at this port, if not for it being a little larger in size to accommodate the passengers it surely had, but Robin just had a feeling that all of his ten minutes spent sitting around at the port was leading up to this moment. His eyes widened and his cheeks flushed, excited. He jumped up from his seat and balled his fists, looking out into the sea.

"Look! Look! That's definitely him! Aren't you excited?!" Robin grabbed the stranger's arm and shook him eagerly, a sparkle in his eyes, but the man had clearly had enough. Fed up, he folded up his newspaper, yanked his arm away, and took off from the bench with a glare on his face, but Robin didn't seem to care. Instead, he ran to the edge of the dock and flailed his arms around frantically, hoping to be seen by the big brother that may or may not be on the approaching ship. 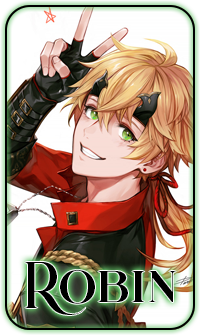 How long had it been since Callum left his home, Ilyanor, for the even greater beyond beyond the mainland? Two months? Three? It felt like ages, which was saying a lot for a fairy 60 years young. His trip hadn't gone as planned though, and all the stress had made it seem more like an unending nightmare than an epic quest for the heroic strength required by a hero to do hero things against the dastardly devils of this world! If people like the parts his sister played in those movies really existed, then someone needed to stand tall in the way and say "No way, bro! Go home and rethink your life!"

And if that didn't work, people were much easier to either send home or put in jail when they were unconscious.

But also none of that had happened and all he'd really done is see a bunch of really scary stuff and gained some extra baggage that he still had no clue how to deal with, so he wasn't dealing with it. Well, that wasn't fair to his quite brave self, he actually had made a step into the shoes of his illustrious hero shoes by saving that one virgin girl! Yeah! The guy next to her had died, but he was bad, so it was alright, right?

"IT'S CLIFFS!" Callum roared, tragically close to the sailor's ear as he hung on the man's shoulders as if every ounce of energy had left him. Well, he had looked that way, but now his blue eyes were brimming with energy and his revived muscles vigorously shook the poor man just trying to do his job. "CLIFFS! PORT! Nnngh it's over finally I can't wait to step foot on Mirinah!"

In his glee, beautiful blue and black fairy wings glitterbombed into place, flapping and zooming him into the air over the deck. This ship was bigger than the other ones due to all the metal armor and weaponry, which turned out, was completely necessary at sea to get anywhere new! Who knew? If he heard the cannon fire one more time, it'd be too soon! Flittering around the deck to shake the shoulders of other passengers with excited chattering and complaints about the remaining time aboard, it never occurred to him that he could just fly the rest of the way to shore.

Instead, Callum landed and leaned far over the railing, squinting for a long moment of precious quiet before he spotted it. Hair a bit like his, but lighter, waving right on the edge of the pier. Robin! "It's my brother! Guys, my brother? Look! Aw, yeah, get excited," he said to no one and everyone, then turned back toward the ocean. Inhaling until his lungs might burst, he heaved out his loudest sound yet, much to everyone's chagrin on the ship.

The warcry raced across the waves toward the one person who would know what to do with it, and this noise would continue until the ship docked and Cal was racing off onto the port with his suitcase in hand. ROBIN SILVERPINE
The port was full of so many different sounds, and with an attention span as unremarkable as Robin's, it was easy to get distracted. But as he saw that big ship approach the pier, growing larger and larger on the horizon as he trudged through the water, Robin stopped and stood the most still he's been for over three months. He leaned outward, a hand cupped over his ear as he listened for something familiar, something important as the boat approached. Not the coos of seagulls or the grunts of seamen, but a call that would confirm it to be Callum Silverpine in the flesh.

At first, there was nothing. A whole three seconds passed and naught a sound was heard from that ship, and for Robin, he was close to giving up hope after such an eternity of eagerly listening, but then it came. The indelicate, shameless cry across the waters, tackling its way to shore and into the fae's ears. An excited 'Heyooo!' rang in the distance with, no doubt, booming crescendo, and Robin felt his heart leap!

There he was on the horizon! A peach-skinned man with bronze hair and a lean build similar to his own, wide, blue eyes as bright as the sea he sailed on—and his big brother, Callum Silverpine! His cheeks flushed pink and his green eyes sparkling excitedly, Robin also inhaled so deeply that he thought his lungs would burst, cupped both of his hands over his mouth, and hopped with glee.

"HEEEYOOO!!" shouted Robin, causing startled seamen to look at him obnoxiously as he was practically bouncing in his boots.

The ship finally docked, and just as Cal raced off its deck, suitcase in hand, Robin was also sprinting at him, totally jazzed to reunite with his brother after what felt like two lifetimes and three generations! Excited, green and black wings glitter-bombed into place, flapping around spastically as they lifted the fairy into the air.

The sibling ritual was completed on the other end as the newly returned half of this Idiot Sandwich also set into a dead run at Robby, ominously chanting on the beat. He tossed his suitcase thoughtlessly to the side and collided with his brother, the chanting raising in temp and pitch until it was fully hyped and fenzied.

And just like that, Callum's wings were also back and the two spun into the air like some literal fairytale, the blue and green glitter billowing down from them like a blizzard, spreading obnoxiously in an aqua mess everywhere. The many around them dumb enough to remain close had no choice but to inhale the dust, resulting in various side effects ranging from harmless sneezing, to temporary blindness (lol glitter sucks), to indiscriminate rage (glitter really sucks), to randomly running off the dock and into the sea. Nekos were tucking their ears and running while a random Draconyte saint flapped his wings to try and clear it out. Cal didn't notice or care, though. No, all he did was squeeze his brother as hard as he could, eyes shut with glee as he broke the chanting and laughed.

"Aaah, bro I MISSED YOU!" he grinned, spinning his little brother around. "How have you been?? Did you stay out of trouble? Did you get that weird fruit I sent you???"