Through the Gate, Beckoned by Destiny

Through the Gate, Beckoned by Destiny 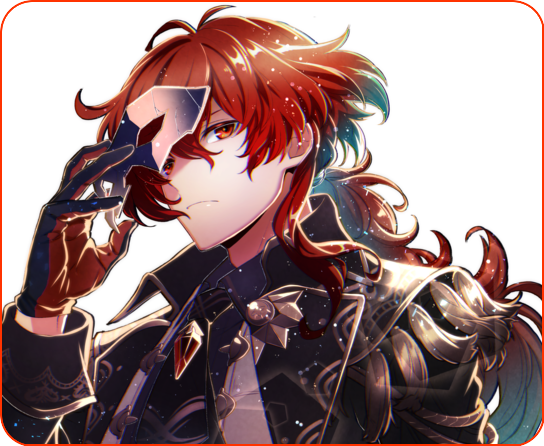 The young man had been in this world for barely more than a few hours, the time he had spent, however, feeling like an untold number of days, the passing of time wearing his resolve down to his last.

Shen walked past dense rows of trees, the clearing that had been the location for some kind of gateway, the ancient structure being as mysterious as it was ominous, long behind him. The light of a bright sun, certainly a few degrees past its zenith, pierced the thick canopies with rays of iridescent glow, dispelling the shadows that shrouded the thick undergrowth in irregular intervals.

Had minutes gone by since he had stormed off after running into those rather strange denizens of this plane yet unknown to him, or had the passing of seasons marched ever-onward without care for his ignorance? As much as he wanted, the Knight couldn't answer this question he silently asked himself over and over again, couldn't think straight, couldn't keep his thoughts focussed, mind aswirl like a raging riptide. There was too much to process. This situation the mage found himself in was not merely inconvenient, it was a devastating blow, and if the things that this girl, this self-proclaimed witch by the name of Bleuenn had told him were true before he had stormed off, leaving the site of their impromptu picnic in rather much of a hurry, this was no longer Ishgar.

He had been forced into another reality, an entirely separate instance of being, and his body was still acutely aware of the involuntary twist and tear in existence that enabled his stay in Vyldermire in the first place. On top of the stress his already frail psyche was forced to endure still, Shen was in terrible discomfort, a throbbing headache threatening to evict the water he had accepted from that ice-witch from his gut. His bones ached terribly, and the spots where he had been certain that projectiles had pierced muscle, joints, even internal organs still felt as though they had been struck with red-hot steel, so much so that the man had checked whether he was gravely wounded.

No wounds, however, were present, not as much as a single scratch, in fact, was visible on his pale skin, leaving the Knight wondering as he struggled with this inexplicable phantom pain, pondering whether time would rid him of this agony.

These facts, though, despite their apparent urgency, were not his first priority. While he knew that this world appeared to reject his very presence, at least for the time being, he had what essentially amounted to only scraps of information, which collectively amounted to hardly much. The redhead, pushed forward by his desire to clear the fog that clouded his vision with ever-present gray haze, wanted answers, wanted to know where exactly he was, if there was something approaching a spot of civilization around here, and, perhaps most importantly of all, whether there was a way back home.

His stride, getting weaker with every uncertain step he took forward, would finally falter after a few painful meters, a root catching the Knight's food before he stumbled. Desperate, he flung an arm around, catching the trunk of a nearby tree. This was enough to prevent the young man's rather sudden face-first descent into the moist forest ground, the red-haired mage taking an obviously surprised step back, slumping against the solid timber that was entirely responsible for preventing an admittedly more humiliating fate. The man took deep breaths, but only airless gasps escaped his lungs.

What a sorry sight he had to be.

Even now, he couldn't help but ask. What had he done to deserve this? Had everything up to this point been wrong? Had it all been for naught? The sleepless nights, the endless hours of grueling exercise and training. Was it all worthless before the inevitable whims of destiny?

A single word would escape his lips as he sunk down yet further, his amber-hued oculi rising to the rustling leaves of the treetop above, his expression a grimace of barely contained frustration. 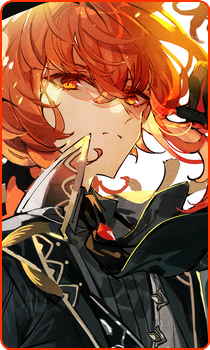