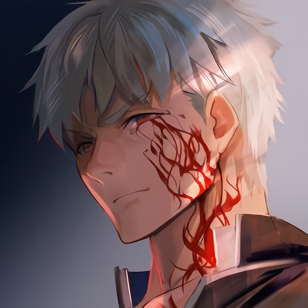 ※ Acta Non Verba ※
Arkhain found himself in amusing company to be sure. He hadn’t usually been the one sent on tasks for a fellow member of Rebel Scorpius, but if converting more of the ignorant masses into the superior Eldritch race was the goal, then he would happily oblige. Regardless of where he was directed to travel. He didn’t know the man that he had been sent on this task with, Bahadur, but he figured that he’d be up to the task at hand. Especially given the fact that he chose to be a part of this faction. Conversion was their ultimate goal and therefore it had to be something that every member strove to accomplish, regardless of the circumstances. He just hoped that everyone else within the organization happened to share the same sentiment.

Arkhain was happy at the very least. He was wearing the regalia that he created for these types of tasks. It was a burgundy robe that covered an all black skin tight leotard. One that showed off not only the definition of his body, but assisted in concealing him whenever stealth was required on a mission. Granted, such circumstances were few and far between. No, it seemed that today the only task that was set forth for the duo was to head to the home of a stubborn merchant who offered to fund some projects for Rebel Scorpius member, Yigh Manik, a while ago. This was in exchange for a bit of protection during a trip through the Outer Realms, but the merchant ended up reneging on the deal once he learned about Manik’s affiliation to Rebel Scorpius itself.

Given that Arkhain had close ties to Manik, he decided to do the man a favor. He didn’t know if Bahadur had a connection to this man or not, but having the backup was certainly appreciated. They had specific instructions to both ruin the man’s life and fill him with despair prior to converting him. Such an approach wasn’t foreign to Arkhain, but he was more than glad to have someone else aid with the dirty work. Especially given the fact that he often didn’t work with people outside of his brothers. With a sigh he decided to finally speak. “So, Bahadur. What is the plan of action?”

He’d take a moment to adjust the glasses on his face. “I know this man has his own manor. But he isn’t as affluent as some other merchants that might own property in the city. I don’t mind the course of action we decide to take.” He didn’t have any information on the family or the layout of the manor itself, but he did know that this merchant, who went by the name of Alexandrio Higginbothem, was quite the paranoid individual. He wouldn’t be surprised if the man never stepped foot outside of his safe space. Though, no space was going to be safe when it came to this pair. At least that was what Arkhain thought in the back of his own mind. Re: Such Affordable Disservice [Bahadur] 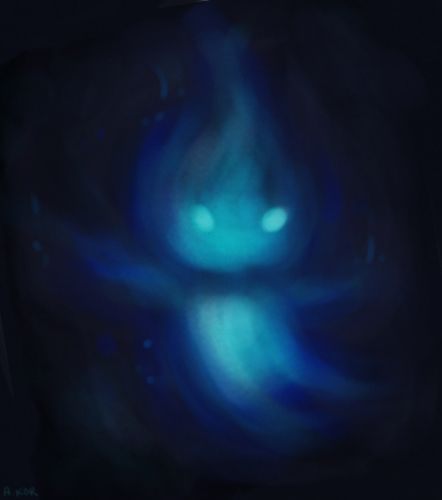 “Oh come now Arkhain, don’t pretend our actions stick to any plans.” Bahadur’s voice answered with a warm chuckle, his voice filling the air as if springing into existence rather than being emitted from one man’s lips. The demon crackled into view alongside his partner in torment, blue flames licking the air as he stepped out of them where previously he had been little more than floating orbs of azure light. “I do think however we can take our time with this one, i very much doubt we are in any risk of needing to rush his downfall.”

Whatever had inspired the Ashen Jester to join forces that night not even he knew, if you were to ask him he probably didn’t even pay attention to why it is they were targeting that man. Bu in his time since aligning with the Rebel Scorpius his contributions had been…well, minimal in a way. He played tricks and cruel jokes on the humans of the continent, leading more than his fair share to their downfall, but never for the cause. Almost always it was for his own enjoyment, his own targets, he felt that even one as free as himself should lend a hand every now and again. If nothing else it may lead to some of his allies trusting him more, and that was a dangerous game indeed, one he looked forward to toying with.

Bahadur reached his hand up and appeared to yawn into it, the slouch in his stance paired well with his ‘human’ form which seemed to make him appear even more akin to that of a young adult. shifting, wild hair and a playful glee in his eyes that were made all the more unnerving due to the burnt and corpse like flesh of his jaw and neck. He was dressed in a white shirt, waistcoat and smart trousers as if ready for a dinner party yet his feet were bare as if ready to dip his toes in the water at a beach. He eyed up the manor with devilish curiosity before running his fingers through his hair mid stretch. ‘

“I do wonder if he has any guards, if he does then how about you dispose of them my friend? Nothing makes a man start to run like knowing he cannot be helped.” As he spoke the eldritch began to hover slightly, his feet lifting off the ground as he exaggerated cracking his knuckles, neck, and back. “In the meantime i shall illuminate these pretty little doors of his. If he wishes to run then he will have to brave a little heat before he does so.” His grin slowly growing as he looked forward to the game, his eyes now glowing with embers of their own as he continued to float.