The Best Balloon-catchers in Town!

The Best Balloon-catchers in Town!

A city she'd never even thought about visiting alone; filled with buildings of wonderous architecture, and people with most piercing stares. That's what Engloria was to the young Anthros. Curiosity urged her on but she was very much aware of the eyes upon her. After all, aside from the fact she was looking quite unlike most others in this city, she also was quite a bit taller than the city's inhabitants. Quite a it stronger too. It was hard to ignore the way people went out of her way even though she was trying not to take up too much space, the few scared looks she got from people not even reaching her shoulders in height. Perhaps she should've worn something different too, rather than the revealing top she usually wore. At least she had her jacket with her, but that never truly hid the large, star-shaped scar on her abdomen. Maybe the thing that truly made them wary of her was that?

Alfalfa smiled softly as she moved past a stall selling balloons, watching to kids pester their mother for a balloon. She recalled her own giddiness whenever the clowns back at the Walden Circus started their balloon bending shows to entertain the kids inbetween shows. As a kid she adored watching them twist and turn the air-filled rubber things into the craziest of forms; a skill she could never master herself, no matter how much she tried. She just lacked the finesse for it-- and perhaps sported too sharp a claws back then. Being reminded of her silly attempts made her chuckle as her walk brought her to one of the open city squares, where a rare few trees lead the way to the nearby park. Maybe she should go that way instead?

A sharp yelp, followed by high-pitched shouting caught her attention, alerted as she noticed how a young girl was jumping up at the fluttering ribbon just out of reach. By the guilty look of her brother and the scolding he was getting he probably messed with the girl and caused her to let go. Their parent however seemed to have a harder time getting the thing to come undone though; it got loose but only floated further away from them. It was now well up high and stuck between the tree's branches. Hard for them to reach, at least, but Alfalfa was quite sure she could get it without it floating off or getting popped in the process. "Uhm, excuse me, but I happened to see your little balloon problem... do you need some help? I could grab it for you if you'd like?" she asked as she approached the threesome. 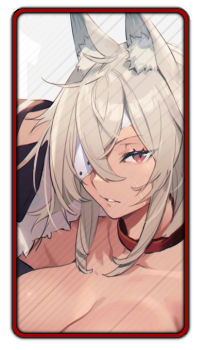 Re: The Best Balloon-catchers in Town!

Helena’s wide, fascinated magenta eyes couldn’t stop staring around her. She spun in circles more than once to take it all in: Engloria. It was the biggest city she had ever seen, full of massive buildings and bustling people the likes of which she hadn’t experienced before. It was mostly Gaiyans that visited the temple she and her sisters inhabited, with a few Anthros and the very rare Human. The volume and diversity was never experienced there, though. Not like this. Helena had been people watching very intensely since she reached the city, and her stares were often met with discomfort.

Besides staring at all the people, Helena had become easily distracted by all the stores and street vendors. There were so many cool items and trinkets, she wanted them all! However, her pockets were full and she was running out of money quickly. Hopefully she’d be able to find some jobs to do in the city so she could come back and buy more things than she needed.

She was just leaving a shop when the distraught cry of a child reached her ears. Without hesitation, the small woman took off towards the noise. She was always ready to dive in headfirst to help someone before thinking about the situation. As she approached the source of the noise, she saw that the little girl was scolding her guilty-looking brother while their parents attempted to reach a balloon stuck high in a tree. The adults only knocked it loose, and the lost toy floated higher into the branches out of reach.

When she reached the family, she noticed another woman had approached too. She wore rather revealing clothes - at least, more than Helena was used to - and atop her head were a set of cat’s ears. The Anthros was tall, enough that the little moonlet had to crane her neck a bit to see her face. It seemed she was offering help to the family, which was what Helena intended to do too. She frowned for a moment. It wasn’t just being helpful that motivated her. She wanted to climb up high to fuel the hungry urge inside her to do all things risky and dangerous. Plus, she’d get to see the city from above!

Helena grew determined. She’d be the first to get that balloon down! Walking past the little girl, she gave her a gentle pat on the head. “Don’t worry,” she reassured the child, but her eyes were on the Anthros. “I’ll get it down!” Her smile was bright, but there was almost a taunt in her gaze. Helena skipped to the tree and began climbing it nimbly.
Post WC: 443 ❂ Thread WC: 889 ❂ Tagged:  @Alfalfa Walden   ❂ Music: Link