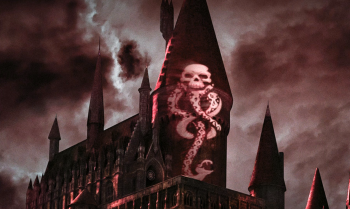 You cannot break that of which is more powerful than you, for it has a will of it’s own.
Last we saw it, the Elder Wand was broken in two and tossed over the bridge, what we didn’t know is that the power the want wielded was greater than the wizarding world had ever seen and the need to survive was strong. After being tossed, the wand managed to stitch itself back together only to be found years later by an unsuspecting wizard - Percy Weasley.

The wand held dark magic, magic that was once Lord Voldemort’s, and with this magic it began to corrupt those who touched or used it. As Minister of Magic the wand is in hands that can destroy the wizarding world as we know it.

What will happen? Well, that is for you to decide.

We are currently having our fall festival with games, prizes and a pumpkin hunt! So come join in on the fun!

Re: Time After Time