Personality: Marcus at first glance might appear not so bright but he truly is a genius. Marcus is a philosopher who is influenced by Stoicism, Cynicism and Anarchy. He does not necessarily act like he preaches, thoughts a Cynic he does like possessions for example. His morality is rather crooked, being neither good or bad and is best described as chaotically neutral. Besides teaching philosophy and writing, on philosophical topics which one day may or may not end up in a book if he stops procrastinating, he is a musician, a dramatist and a troublemaker. He plays the violin and the piano. Composing his own music. Writes his own plays and sometimes performs as an actor. He has a flair for the dramatic and is a bit full of himself, considering himself the hero of his own story in the truest fashion. He steals from the rich and gives to the poor like Robin Hood, though he keeps most for himself. Marcus likes to take risks, breaking rules and be at the centre of attention. Even thoughts he is a great thinker, he prefers to just wing it and acts often without thinking. He can be rather insensitive towards others to plainly offensive, but he himself does not get offended quickly. Marcus loves using words and often debates over all kinds of things, of course, he is always right. He often flirts with whomever he meets regardless of their gender.

Marcus avoids direct physical confrontation (thoughts goes head-on with verbal confrontations), preferring to use the environment and tact against his opponent. Why fight an angry Patreon of an inn when you can create a bar fight (and steal some purses on your way out).

Blunt: Marcus speaks his mind, inconsiderate of other peoples feelings.
Chaotic: You can never be sure what Marcus is up to and what motivations he has.
Superiority: Marcus considers himself as better as others.
Deceptive: Marcus lies his way out of problems or into places.
Anarchist: Marcus hates rules, they limit people and governments have no legitimacy.
Nihilist: There is no meaning or purpose to existence and living, but allows one to invent their own purpose... and Marcus purpose is to have fun.

History: Marcus grew up in a poor family. He often got in trouble as he stole food and books to satisfy his hunger. There have been numerous occasions were he had been caught in the village library, reading books by candlelight. Private libraries were also not safe from his quest for knowledge. School bored him, instead of his homework he wrote plays and characters. He would sometimes assume the identity of those characters, to live his life in a fantasy. It is not surprising that he loved drama class, often found himself in important roles for school plays. An other favourite was music class, playing the piano and the violin but he could only make music on school for his parents lacked the money for any instruments but that did not stop him. He stole a violin from the school, sneaking out of the house at night to play a melody while overlooking the moonlight lake next to the village.

Goal/Aspiration:
Marcus is driven by a sense of adventure, following his heart for glory and riches.

Key Fear/Adversary:
Death is what Marcus fears, no philosophy will change that. 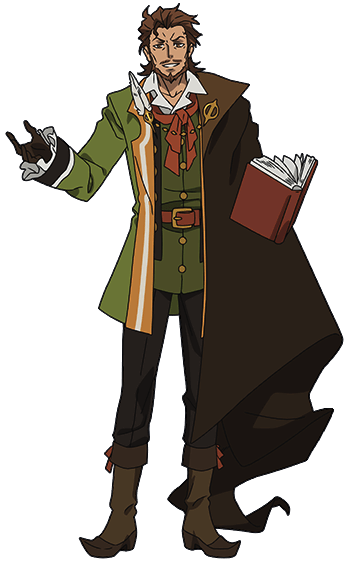 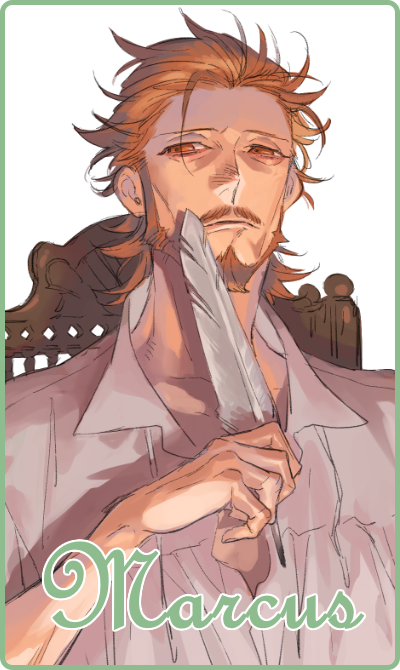