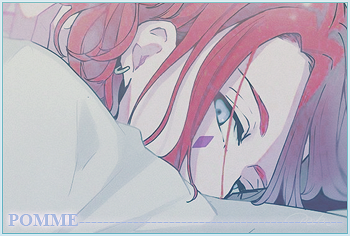 -
“It's the evening light shining through the curtains. The time before the night when everything is golden,” was a musical trill that was sweeter than the keys of a weeping piano, a nostalgic falsetto that needed no instrument to carry the meaningful tune as it embellished the silence of his tidy bedroom with life.

The content boy ceased not his singing, deciding he would not leave his work desk just yet, as he was sure there was a spare button for his use. The blouse was nearly complete and only required one quick addition to perfect it. “You’re sitting on the chair wrapped inside a bedsheet,” came a very small pause for his song when he mistakenly pricked his finger with just the slightest push of the needle set, “playing with your hair,” he hissed through the lyric, the familiar pain and forced himself to grab yet another bandaid off the shelf, “watching people on the high street.”

Aubrey stripped it open and wrapped the sticky band around his finger in a way that seemed almost second-nature and uniform to him. “If I wished myself a superpower,” he resumed his search for the missing button, “I would make this moment last for hours.”

He carefully moved aside a small black box full of miscellaneous items when he searched diligently through his assorted tools and kept religiously to his crooning so as to not become very impatient too fast. He would complete his latest piece and no lost button would stop him from doing so.

Then a thimble rolled from its spot and fell off the edge of the polished desk. The fallen item he negated to wear that night landed on the bed beside him, or, more specifically, a round yellow pillow that was plush. It smiled back too, much like its vibrant creator. He held it to his chest and hugged it close, shaking his head with sadness that did not suit the suddenly very unhappy man.  He didn’t look like himself, frowning, wearing a simple t-shirt of white and baggy sweatpants of black.

He continued to vocalize, not wanting to feel that bitter feeling, and yet it would cause his tone to drop and break, a mournful sweetness he did not quite intend: “If I had my will, time would just stand still. Wait for me until I find some magic film to take a photograph and live inside.”

He hoped that Emi would brave a visit and talk to him without a crowd or a drink, to talk things over because he knew just how well things went the last time they tried. He thanked the stars for Jen, as his pretty friend was the reason he hadn’t marched out of that party feeling irreversibly miffed.


ooc; https://www.youtube.com/watch?v=KoG7O1fwoAc The song he do be singing. <3