Shane’s eyebrows jumped up at Bleu’s sudden display of courtesy towards him. His expression turned into a frown when the girl began to change the way she addressed him, and when she mentioned his father, Shane began to recall bits and pieces of the girl from his memories when he had been by his father’s side. Something clicked into place as he realized who Bleu was when spoke of what she was instead of who she was, but he kept his composure and still maintained the frown.

However, before Shane could even make his reply, the girl had quickly turned around and went back to approaching one of the men she had frozen in ice. She began questioning the man but it was met with hate and contempt, giving them nothing but a name. The threats were vulgar enough but creative as well but Shane had heard worse.

“Enough with addressing me as a lord, lordling or lordship. If you know who I am then you probably know that my family has never ever coveted such positions or titles. I have already identified myself as an adventurer earlier, and that’s all there is to my identity,” Shane said with a stern voice as he held out his hand. Shane had shown his true Draconyte appearance due to his magic and he didn’t use his transformation magic to revert to his human appearance on a whim, never thinking that such a choice would suddenly change the dynamics of the relationship between the two of them.

He had escaped his former life so that he could pursue his own instead of just moving along the tracks that his father had placed out for him. Pride always filled him when people spoke of his family, but Shane wanted to build his own life and reputation, not one that was created in the shadows of his family.

“If you treat me as a friend, calling me Shane will suffice,” Shane continued on before finally addressing the clue that had been presented to them.

Shane contemplated for a few seconds before wordlessly pulling out his mobile phone from his pocket and rapidly punched in a series of numbers, putting the phone to his ear after that.

“Alex, have you heard of a gang called Dead Crows?”

The answer came from the other end and Shane just continued nodding as he listened, ending the short call with a thank you.

The Draconyte turned towards Bleu and let out a sigh.

“I have good news and bad news. Good news is I have intel on the gang. Bad news is, you might be late for your appointment if you are interested in joining me on a cleaning job,” Shane made air quotes with his fingers as he mentioned the word “cleaning”. 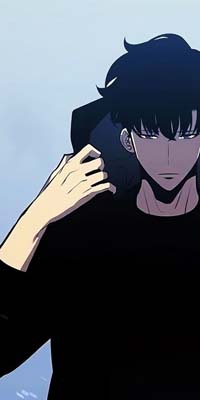 Looking back to her handiwork as the little lordling went off about the preferences of a family he left behind for his own selfish desires. Her ruby eyes traced the creases of the vulgar man’s agonized features, ignoring Shane’s attempt at drawing forth even an ounce of his father’s presence.

It wasn’t until the runaway lord began the process of hiding his form did the half witch look back. Releasing a disappointed sigh not only at the attempt to demand respect when his father earned it but also at the loss of perhaps likeness of a young Lord Arder. As Shane’s true appearance faded back to his slightly goofy human glamor. The half witch could not help but pick out the odd, but fitting quirks that his son held. Compared to his father’s uniform and chiseled appearance scalped from years of battle and hardship; his son was far softer and chaotic both in appearance and action. If not for their family trait, Bleuenn would doubt that such a man could produce such lacking offspring.

Once again met with the beady eyes of Shane's full body mask. Attempting tried to hold back an icy stare while biting her tongue as she had forgiven his past transgressions. Returning to them even to remind the young lord that they are anything but friends would only look poorly on her, not the man who had already forgotten their less than positive introduction. “If you saw me as a friend you would have worded your wish as a request, not an order. I only wished to return a kindness that was shown to me as I am sure you are already aware that such things are a rarity to one such as myself. You do not have to worry about future references to what you are as I did not accept your father’s offer years ago therefore I have no obligation to refer to you as a lord. Now, are you aware of the Dead Crow's or not Shane”? Staring daggers at the runaway lord the ice witch waited for a response while drawing out the remainder of her drink noisily sucking out the last bit of the beverage while glaring at the man who spurned her attempt at respecting him and his house.

Bleuenn continued to stare Shane down like a scolded child even as he made his calls. Despite his surprisingly efficient ability to gain an inkling into the whereabouts of the gang in question, the young witch was still stuck back on their former conversation. Just as Shane had ended his question a light pop echoed out from Bleuenn’s direction upon the release of the straw. Still staring directly at the towering fake blond, her expression became muddled with confusion as she looked to the pacified gang members then back to her battle compatriot. “That is fine, my arrival is more an estimate than a set date and I would not want to endanger them due to a simple skirmish. However, when one refers to “cleaning” it usually involves taking lives; I find your sudden change of heart curious, but before that”. Raising the chest within her hands, she lightly shook it jingling the golden contents within. “I still have a purchase to make and we still have not dealt with the members currently littering the street”.