All I Know is Nothing [Hibiki and Edwin]

All I Know is Nothing [Hibiki and Edwin]

How often does one get a chance to start anew? A century of accumulated knowledge had become worthless in an instant. Well, nearly worthless. With this strange venture into a new world, Hibiki had found that everything he had come to know was wrong. The very fabric over the universe itself had changed compared to what he was used to. No more were the races he once knew. He’d not seen a single Hollow since he arrived in this world, bar the first that trapped him here. Needless to say he hadn’t found another Shinigami either.

What Hibiki had found was a world full of new, unique things for him to explore. There were new places, new people, and new ways of commanding the world. His spiritual powers had weakened considerably, but he had figured out a course of action that seemed likely to make him able to be effective enough to earn a living. Study. It was something he wasn’t overly fond of in most cases. This was an exception. He was in a place where he didn’t even know the basic anatomy of most of those who could potentially be his patients. How did the internal structure of an elf compare to a human? Such a question was reserved for speculation and fantasy in the world he came from, but now he could gain the answers with naught but a bit of study.

This was an amazing opportunity that he didn’t intend to let go to waste, but it was actually secondary to the other topic that had piqued his interest. It had seemed that magic was fairly widely utilized in this realm. While Hibiki wouldn’t consider his Kido to be “magic”, it was likely indistinguishable to those who lived in this realm. Perhaps through study of the tomes of magic that existed in this world Hibiki could regain the power he had lost. It was worth a shot.

And that was how Hibiki had found himself on a bench in the Royal Rose Park with a stack of books beside him. Thankfully the concept of a library was one that existed in this world too. For anything too specific he’d likely have to buy a book himself, but given he only needed introductory texts for now the library’s collection had been sufficient.

Truly, he made a strange sight. His aura was still not perfectly in sync, and bits of hostile energy leaked from him as a result. Still dressed in his white Captain’s Haori and standard issue black Shihakusho, his appearance failed to hide his past as a well seasoned warrior to anyone who knew what his outfit meant. That said, so far no one had recognized it. It was fairly easy to identify as “vaguely martial arts related” though, and the haori clearly signified some sort of special rank. Speculation would likely lead to something near the truth.

Beside him sat a number of books fit for a beginner in the aforementioned topics. All the introductory texts on the anatomy of the known races were present, as were a few introductory texts on magic. In his hands at that particular moment was a topic he found particularly enthralling: “Vampires and Bloodlust, A Primer on the Metabolic Cycle of Blood Ingestion.”

Re: All I Know is Nothing [Hibiki and Edwin] 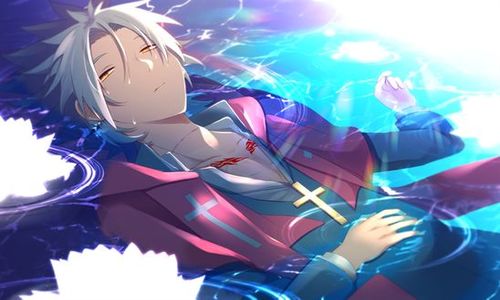 "Guided and Enlighten
The one-eyed goddess watches over me
Bestowing me with nocturnal knowledge
That I use for malevolent means
Continue to bless me
and bestow me a kiss of nightshade."
Edwin said softly as he wrote into his small brown leather notebook. His quill gliding quietly against the paper as he titled this poem, "Nocturne." The moonlight fading as the clouds covered the nocturnal glow as Edwin place an ink sheet on the freshly written page before binding his notebook and placing it back into his black satchel. The night was beautiful with it's serene silence as the insects song they're lullaby to the world. It was moments like these that Edwin hated as his heart started to ache and the emotions that he carefully bottle and hide would begin to rise to the surface. Yet, he would squash these feelings without a shred of remorse or guilt and steady his heart as his face kept the signature smile plastered on it as he begin to walk into the nearby park.

His footsteps was quiet much like his thoughts as he thought about his home lands deep in the Gaiyan forest surrounded by Elves, Dryads, and the mischievous fae. His thought turn to his parental figure, a creature of ole of whom he respected but that was it. He honestly couldn't wait till he got his hands on a proclaimed god of the land. His research would not extend only to humanoid races but all races of shape and sizes. He would uncover the ugly truth of the world and spread it's scared message just like how his friend would wanted. The memory of a beautiful angel still filled his mind as he know knew that his friend probably took his life before turning into an eldritch and was planning on Edwin to continue his work. That which Edwin felt he was entrusted to complete as it fit with his own goals.

The clouds would stop move out of the way of moonlights glow as her light would bless the area around him as Edwin could now see that he was not alone. Up ahead was a strange man with a collection of books in the moonlight. Pale skin, blonde hair, and bathing in the glow of the moonlight. Everything about this told Edwin that he was a vampire and yet he could not discern his scent due to the sheer amount of roses in the park. Edwin hated vampires, due to the fact they was animals who hid their true nature of violence. He once considered that this was because he too hides his true nature but dismissed it because his plans was a noble goal while a vampire simply wanted a quick meal. Still vampire or not, Edwin could use a male specimen in his future experiments.

Approaching the man, Edwin let his footsteps click against the stone pathway as if announcing his presence. He was wearing what he would call his signature look, the red vestments of a priest along with a golden cross draped across his neck. The all black two piece cassock with the cuffs of his pants was tucked into the black militaristic boots on his feet. On his right hip was a sword in a bright red scabbard, the design of the weapon was still unknown to him as it wasn't a straight sword but a light weighted curved sword. Underneath his vestment, going from his right shoulder to his left hip was his black satchel which currently contained his gold purse, his two journals, and four pens. As Edwin approached he finally took noticed of the strange mans black and white robes with the only color being a bright yellow sash. Upon further inspection, he could make of the title of book in his hands, "Vampires and Bloodlust, A Primer on the Metabolic Cycle of Blood Ingestion.”"

Quietly taking a seat beside the man, Edwin would speak. "Good evening, I couldn't help but notice that you seem to be a scholar considering the pile of books and the fact that you're reading one this late at night. " He would say carefully before giving a slight gasp. "My apologies. I am not a creature of the night. If you was wondering."He says before hooking a finger into his inner cheek as he open his mouth wide showing off his teeth and lack of fangs as he removed his finger and gave the stranger a slight smile as if encouraging them to speak.
WC(Word Count): 751  TWC(Total Word Count): 751  Tags:   @Hibiki
Edwin Dialogue color 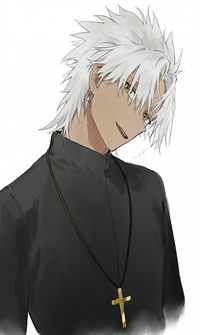