Latest topics
» The Custom Job
by wes Today at 9:54 pm 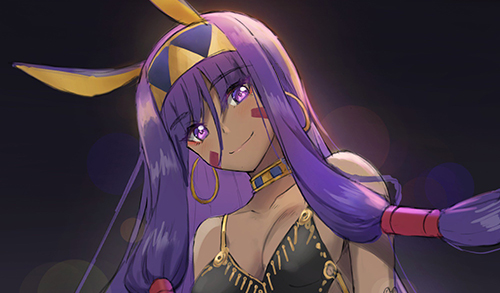 And no one knows how far it goes, If the wind in my sail on the sea stays behind me. One day I'll know if I go, there's just no telling how far I'll go
Pimwadee Chakri

Pimwadee had not quite adapted to this new universe she was in, a month had passed since her landing in Hoptus and she still felt like she was in a dream. It was such a bizarre series of events, being on the cusp of death, the weight of seawater crushing her lungs. Only to open her eyes, coughing and gasping violently against the forest floor, water spewing out beneath her. She had wandered for so long, confused and hungry, chased by all manner of strange beast until finally, she had reached the outskirts of the forest, a town in the far distance.

It took her longer than it should have to realise the change she had undergone too, physically she felt mostly the same however there had been some unique new additions to her body she hadn't been prepared for. She felt faster on her feet, more agile, and her hearing was much keener than she was used to. The two additional appendages on her head and the one on the base of her spine had created a significant amount of panic for the girl. Her ears no longer parallel to her cheekbones but rather perched on top of her head, long and soft, with a thin coating of fur over them. Not to mention the fluffy rabbit-like tail just above her posterior. Once she had been able to calm down, she had been able to find out that she was now what was known as a Lapin. On top of this, she had learned that this world was known as Vyldermire, an entirely new universe.

It had been baffling at first, trying to understand her rebirth. In her belief, she should have started as a newborn and she shouldn't have returned her original body, but this reincarnation of sorts was different. Less like a fresh start and more like the continuation of her own story. And so she had asked around, running into a group of fellow 'Anthros' as she was now known as, who would help her learn about the world and the manner in which it functioned. Once they knew that she was what was called an 'Otherworlder' they were a little more apprehensive about providing her aid, however, they did help enough to point her in the direction of the Adventurer's Guild and in turn Rivengate.

Getting information about the world had been much easier when she finally arrived at Rivengate, the bustling urban jungle although not the kind of place Pim was used to, was much more accommodating to her. She was pointed in the direction of the Alternate Universe Research Association, and after a long meeting with one of their representatives, was enrolled there as a researcher. Things had moved fairly quickly after that point, she had been given a dorm room, a tour of the campus, museum and research facilities. They even provided her with an advance on her finances to help her settle into the city. Compared to the treatments she had faced along the journey to AURA, it seemed that this was a place very much built for the accommodation of those not from this world. It had been great alleviation to the weight hanging over the Lhukian girl's mind and the more she understood about the world she had found herself in, the better she had felt about her situation. During the entire journey from Engloria to Rivengate, she had pined for her homeland. To return to the comforting arms of her mother and father, to see the smiles of her siblings, to gather together and eat 'som tam' with them.

Her newfound understanding had brought her to the reasoning that it might be possible for her to find a way home, perhaps even build a bridge between the two worlds. So that she wouldn't have to forfeit the exciting new world that she had been brought to, because despite the difficulties she had experienced when she had arrived, Pimwadee was very curious about Vyldermire. To witness the various races and learn about their cultures, it tickled the inquisitive mind of the Asiatic female. Not to mention the physiological change she had undergone, which from her understanding meant she was technically no longer human.

It was just short of midday when Pimwadee made her way to the library, currently wearing a black tank top, denim shorts and black sandals. Thanks to the early payment she had been able to go into Rivengate and buy some replacement attire for herself, having picked things that felt familiar to what she might have worn back at her. She had decided to do some reading up today, wanting to learn more about Lapins and figure out a little more information as to why she had transformed into one. She would roam the shelves, fingers trailing along the spines of the books. Uttering the word, "Lapin," and repeating it softly to herself. Curiously enough, she was able to understand the written language, it read like Fiorian which meant taking up a job in this facility hadn't been too daunting for her. Especially considering that it was very similar to the type of work she had done in the Silver Wolf Guild back in Ishgar.