The Right to Pray. [EVENT]

The Right to Pray. [EVENT] 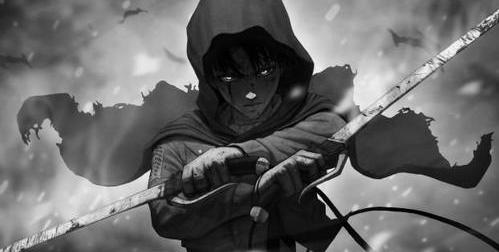 All of them, the people wanderings amongst the streets, their picket signs, their chanting. Didn't they have anything better to do? Rowan couldn't really fathom the passion that they held, the amount of prideful hate they held for those they deemed 'beneath them', purely on the basis of their race alone. Clinging to this concept of land and honour as though it really justified their actions.

They had known in advance about the decision to build the church in Newdale, the Guardian knights had. They had been there for the negotiations, supervising them so to speak. The heavy layers of pressure from Mirinah Nobility and the Adventurers Guild making for quite a heated barrage of back and forth between themselves and the Mirinah Monarchs of Sin. And yet, somehow in spite of that, they had gotten here.

To the week of the scheduled construction of the Church of Fleuve'ir in the streets of Newdale and the aftermath, its announcement had caused. Rowan roamed the streets, hands resting at his hips, over his weapons - just in case. As per his duty, he and Iris had chosen to support the protests 'for' for the build of the church. And as such were patrolling the streets with the rest of the counter-protests that had come forth, to oppose those who would cheer against progression. He would glance back at his companion, looking at her with a quiet gaze. He had to wonder how this might be affecting her, an Eldritch in support of a faith that opposed her own kinds. There were looks. Watchful eyes layered with distrust. Stares that Rowan would meet full-on with a hard glare and the tapping of two fingers his flintlocks hilt - warning them were they to act.

"Let's circle the site  again," He informed the Demoness, they had been at this since the early hours of the morning, and from the position of the sun, it had to be early afternoon. 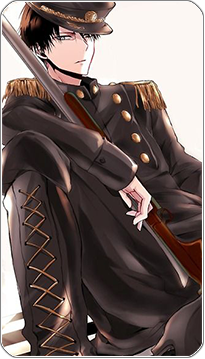 Re: The Right to Pray. [EVENT]

Unlike her Captain, Iris could fathom the passion of those they monitored, though she didn't share the sentiment. She was just as passionate about uniting the races. She was also empathetic to how confused her people were to see her, a demonata, making sure they didn't do anything to get in the way of what was essentially an enemy religion being brought into what territory they had left after the treaty. They felt invaded. They felt insulted. They felt threatened.

Iris understood, but she didn't agree. Personally, she was happy to see a Church of Fleuve'ir rising in Newdale. She'd be equally as happy to see an altar with community obsidian scales and statues of Heknys in the Common Realm. To her, it was the first step toward tolerance and true integration, but of course, it'd seem like an attack on those who hadn't quite let go of old frustrations and dreams of glory. There would always be opposition to progression. Nothing worth having was easy to achieve.

Regardless of her empathy, it didn't make all of the eyes on her any less harsh. She walked behind Rowan, chin up and doing her best to seem carefree and broad-shouldered. It was a delicate dance, trying to remain as strong and unbothered as a Guardian Knight should, while also not coming off as calloused or offensive to her own people. Smiles were offered where she could, though even she had to admit they felt hollow given the bow and quiver hanging on her back. Iris didn't notice as Rowan looked back at her since her gaze was on the crowd, her mouth set into a neutral smile though the tension in her brows betrayed her weariness.

As her dark-headed human companion spoke, she turned her face toward him with a brightened expression. "Sure, sounds good," she softly chirped, acting as pleasant as she had hours ago when the sun had first risen.

While she attempted to seem as fresh as the flower she was nicknamed after, the crowds were growing more disgruntled. They were tired from chanting and waving signs all morning, only to be policed and held behind a line. As she and Rowan walked their path, the bluette noticed new faces were joining in, taking advantage of lunch breaks or simply getting a later start.

These people were much more vocal and hostile.

"Traitor!" one cried suddenly, and another chucked a tomato at her while informing her that she might as well have been a filthy hybrid. Iris could put up a tough shell all day long and smile, but it still hurt her deep inside. She held up a hand to stop Rowan should he make a move, her expression still gentle and passive. "It's fine," she said evenly. Even as she collected the tomato that just bonked off the top of her head and picked up a nearby empty box to stow it in, she stiffly thanked her attacker with a smile that was a bit sad. There would be more of this, she already knew that. At least she could take this box to the homeless shelter later to be prepared for dinner. There was always a way to find a silver lining. She could be thankful it was just food they'd throw at her, hoping it wouldn't escalate. If she could draw their attention and shoulder their ire, the crew working on the building would be that much more unbothered.

Re: The Right to Pray. [EVENT]

The people were getting restless, this much was obvious from their elevated voices and the virile aggression they were beginning to display.  Rowan remained mostly unaffected, years of experience and training allowed him to control his composure. There was once a time when their emotions would have elevated his own heat, but a leader needed to stay level-headed. That burning anger he had once well had been long since caged behind iron walls, not entirely extinguished but not exposed either.

He hadn't been quick enough to stop the fruit that had been slung at his comrade, but within the short space of a few seconds, his right hand had already pulled his weapon and was taking aim. Only to stop himself when the demoness raised a hand to indicate a pause, his exterior remained cool, icy, but there was the flicker of heat behind his eyes. He watched her demeanour, listened to her tone. He was her superior, but that didn't mean he held no respect for her wants. Slowly, he lowered the weapon to his side, offering her a nod as he proceeded to watch her actions.

The blue-haired girl would remove the offensive object from her crown, gathering a box and placing it inside. She offered words of kindness to the offender, a sweet smile with hints of her inner turmoil. Rowan looked away, raising his gun and eying the barrel for a moment. "I wonder if the crowds realise that it is a criminal offence to attack a Guardian Knight. Perhaps the people ought to be a little more careful, they don't want to land themselves in hot water." His gaze drew toward the one who threw the item, the heat of his glare had risen to greater heights. So much so that anyone who peered into those steely hues would feel it boring into their soul, the warning of utter desolation behind every line and fleck. Iris may have wanted to handle this matter with sugar, but Rowan was not so lenient. And whilst he would not act at her behest, he would not permit these troglodytes to abuse her kindness.