Death Upon The Wharf [Quest]

Death Upon The Wharf [Quest] 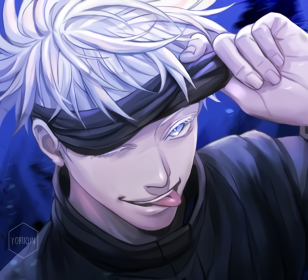 ֍ As Above, So Below ֎

On The Outskirts of the City

Colter had arrived in spectacular fashion, as he tended to do on a regular basis now that he had gained further access to his magic's true potential. A torrent of water seemingly descended from the heavens, creating a small pillar of swirling liquid that looked as though it could have been a vortex of great strength, which in turn found itself bursting outwards in all directions leaving small water-like flowers floating around the area momentarily. And in their wake stood Colter and two other individuals . His supposed partners for this most secretive of quests. He had to trust in their abilities as they often came through for him in the most dangerous of situations. He could only hope that they could repeat a bit of that magic now. Especially since he had never been to the mysterious lands of the Eldritch before.

To his right was the human of the trio, a veteran of Velvet Reign and a rather skilled user of Blood Magic by the name of Giovorno Giogotti. To the left of Colter was a rambunctious and gaudy member of Velvet Reign, an otherworlder whom was a rather cruel individual in his own right by the name of Lysander Mont'amon. In terms of why Colter worked with this pair, it was only due to the fact that they were both discreet and also were willing to do things he wouldn't. Which included but wasn't limited to murder, extortion, kidnapping and other morally dubious acts. Perhaps that was a red flag, but he had to trust them in order to fulfil his own ambitions. As mysterious as they happened to be.

The three members of that illustriously pompous syndicate found themselves situated in a rather safe location, despite the precarious nature of the Wharf itself. Giving them a good vantage point over the landscape, which allowed for the trio to get their bearings without being accosted by the local fauna and flora. Colter stood firm in his position at the front of the pack, kneeling down from the cliffside and gazing down upon the landscape below. They didn't have a target in the actual port itself, but nearby there was a powerful jewel that had been rumored to be somewhere hidden away in the vast forests of Deathrock wharf. They needed to collect a book that talked about where it could be located, so they had to find their contact. Colter had never been to an Eldritch settlement, and he wasn't going to start now. They'd need to bypass the city itself.

"So if my information is correct gentleman, then we should be able to meet our contact rather easily. All we have to do is navigate to the cottage overlooking the port, and pick up tomb. That should lead us to the cave." He began to make his way towards the outskirts of the city proper, moving along the cliffs and walking with relative ease despite the precarious nature of their climb. Oddly enough, he found the naming conventions here in the Wharf to be a little, strange. Why was the entire town called the wharf... if the entire surrounding geography was also named after the town itself. It was fucking confusing to him. But it didn't matter, he had to go to the uninhabited portion of this dreadful looking place. He wondered if that sexual battle-axe 's hometown also looked like this.

"Yeah... yeah... haha. YEAH! I can already feel the power emanating off that fucking artifact and we aren't even over there yet. Fuck, this is going to be so fucking hot.." Lysander beckoned, rubbing the sides of his face with joy as his blinged out teeth twinkled. He'd start moving along the cliff as well, with the more dapper Giovorno taking up the rear. "Come come, now. We mustn't take these creatures for granted. I hear they are quite imposing. But the thought of garnering newfound strength may be the best chance we have at... growing our magical powers. " The old man sounded absolutely giddy when he thought of getting his hands on the rumored jewel that was tucked away somewhere here. It was something the trio began to discuss. 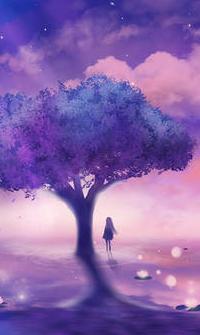 Re: Death Upon The Wharf [Quest]

֍ As Above, So Below ֎
The trio hadn't many complications thus far, despite the fact that their journey had seemed as though it would prove daunting. Given that there weren't any clear political relations between Deathrock Wharf and Velvet Reign, one could only wager a guess of what would occur if any officials from the wharf discovered the activities of the merchant guild on their lands. Even without clear political guidelines in place, one could wager that so long as they didn't disturb the local fauna and flora to the point in which the ecosystem would be permanently damage. No harm would come to them. Though such thoughts were hardly at the forefront of Colter's thoughts, let alone the compatriots that he had brought along with him. Lysander especially seemed unbothered by their being here. He had goals of his own to accomplish and he wasn't going to let political red tape get in the way of his, discovery.

"Oooff.... all I know is that this thing is supposedly deadly in ways we can't even fathom. Its capable of causing a lot of... mmm... bloodshed if used properly. I am salivating already. All these years toiling away to inflate our pockets and now... now we have a chance to really make a splash! Change our fortunes for good hyucky-hu." Lysander cackled as he placed his hands on the back of his head, interlacing his fingers. Giovorno leered over towards Lysander momentarily before his well aged voice seeped out through his partially closed lips. "Heheho. Several benefactors have requested that we get this item, but I am not too sure it should be left in wrong hands. If it truly is the is an artifact capable of summoning an ancient war weapon, then it might be better off in our capable hands, harumph. "

"Personally I don't care one way or the other. I just want to get paid. Any other artifacts are free to be looted at our behest. Since this is some sort of underground tomb, supposedly, there should be lots of goodies to line our pockets." Colter wondered where Lysander got his information. It wasn't like the flamboyant bounty hunter to know jack shit about treasure, let alone anything that could be considered dangerous. It wasn't even within his typical wheelhouse. Perhaps after their last few scores the outlandish one finally looked inward and realized the true value of the objects that they sought out. If that was the case, the Colter was proud of him. If it wasn't, however, then Colter was far too involved with this adventure to pay it any mind. Especially since they found the entrance of the forest during the midst of their conversation.

They had traveled far.