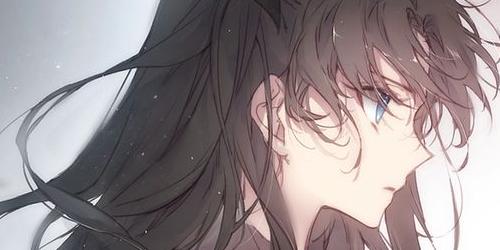 I'm the queen of broken hearts, break you in a thousand parts
Used to be a shooting star, when did I become so dark?
Lilith

Lilith would step over the dead log, careful not to trip. As she wandered the path, she would be mindful not to stray from the path. Having dealt with witches before, she knew better than to take the risk. Some were safe enough to be around, others not. Coming here brought her back years in her head, reminding her of when she lived in Newdale. Back when she had gotten into a relationship of benefits with a particular pink-haired witch. She wondered what Daphne was doing now, they never did stay in touch after that fight. An unpleasant affair, but not the worst she'd been through. It was a shame, Daphne was a good girl, fun too. Daphne had understood Lilith's needed to keep feelings out of it, to keep it purely physical and without strings. But of course, one bitch plus one bitch, equals a whole lot of girl drama. Neither had ever been the type to hold their tongue when they differed in opinion and that had ultimately been what ended their fun.

Leaves would crunch under her foot, the latern in Lilith's hand emitted a soft orange glow on her surroundings. It really was a dreary place, then again that was the point, wasn't it? The Witches were a secretive people, outsiders weren't welcome, especially not someone like her. They were probably watching her, keeping an eye on the unwelcome guest in case she tried anything dodgy. But Lili had no death wish, she just wanted to get to the other side and continue the route to Engloria. Where the first thing she planned to do was go to the Crown Pub and book a room for the night. It would be great to get a good nights sleep, it was hard to sleep peacefully in Sinhaven. The city never slept and as such, it was always noisy. Engloria at the very least quietened down at night, and the luxurious sheets she planned to get drunk and burrito herself would be a welcome pampering for the girl.

Lilith would stop walking for a moment, pulled out of her thoughts by the strangest sensation. She would bring her free hand to her chest, feeling the suddenly erratic pounding of her heart. Her body was suddenly filled with the overwhelming sense of panic, and a wave of nausea washed over her. What was this? Was this the Witches doing? But she was still on the path. No, it wasn't them. She didn't know how she knew, she just did. She could feel it, some kind of disturbance in the world. Shaking her to her core, making her breathing shallow and her body weak. She reached out, leaning against a tree, trying to hold herself up.

"You need to ground yourself." The voice came from next to her, as though the woman had appeared out of thin air. Lilith glanced over, gasping for breath as she eyed the blonde witch beside her. She didn't recognise her, but she was a little older than her, dressed in a black dress and a hooded cloak. The woman took Lilith's hand and pressed something cool into her fingers. She would take it, twisting it in her fingers for a look. It was a black rock. Obsidian. As Lilith twirling it in her fingers, she felt her breathing return to normal and the nausea slip away. "Thanks." She muttered breathily, straightening up.

The woman merely nodded at her thanks, "Now go, before you lure it here." Lilith frowned at her words, she went to ask what the woman meant but the moment she blinked the witch was gone. Vanished as swiftly as she had arrived. Lilith stared after the space she had been before sighing. Keeping a firm grip on the stone, she would continue to walk along the path, a little quicker now as a single question running through her head.

What was she luring here?