Click here for his profile!
i'm feeling priceless, there’s no one who can get in my way. you know i’ve thrown away my sanity and i’ll never let anyone take you. 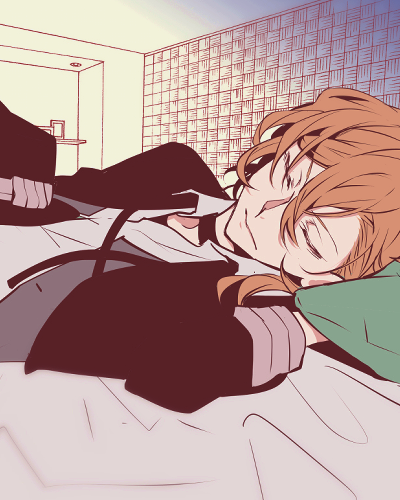 i'll make you an offer you can't refuse ;
An ex-mafia member turned his own boss. As soon as Wes arrived at Vyldermire his ambition had been set: become the lord of the land’s underworld. And the rest from there has been history. Yet, through the course of his journey recurring headaches have plagued him and he’s come to question his existence as an Otherworlder.  He holds his true persona secret, often guising himself as a humble merchant just trying to make his way in the world. Otherwise, Wes stands proud as the capo of his own crime organization.

Feel free to either PM me on the site, discord, reply here or just openly @ me. I don’t mind any sort of communication or any sort of plot. If you throw me a character I’ll definitely try to make something happen~
friends should underestimate your virtues ;
Never the one to shy away from new faces, most tend to find him a generally friendly sort with an appetite for entertainment and a good bit of drama. His whims tend to change with the drop of a pin so anyone who’s adaptable and has an eye for adventure can easily get along with him. Beware, however, that feelings of friendship may not be reciprocated. He may play the part of a friend, but it doesn’t mean he is one. For those whom he does consider friend, well… Let’s just say a friend of his is a friend of the family.

Ideas: business partners; that one oblivious friend; someone he owes his life to; friendly rivals; anything really
enemies should overestimate your faults ;
Although Wes believes that any kind of fame is good fame, he’d rather keep his on the downlow. Most of his enemies hail from the darker parts of Vyldermire and some even from higher places. Though, on a normal day, it isn’t rare for his lighthearted fun to be misconstrued. Has he been decked once or twice? Sure. That being said, strike a match just right and he’s kerosene. He dislikes those that prove themselves disloyal, more so those who undervalue him just for his appearance. Still, the true enemy lies in his competitors and those who wish to tear his family away from him.

Ideas: rival organization; law-abiding characters trying to look too much into things; problematic members/business partners; anything really
tell me the truth, no matter how much it hurts ;
While he isn’t opposed to shameless flirting, love in itself is a hard subject for Wes. The few times he’s had the experience it always ended in him being swept up like a fever and he hates how foreign, unavoidable and, most of all, vulnerable it is. He’s gotten past most of the issues he used to have with it as an adolescent but still fails to accept that when he falls in love, he falls hard. A dangerous notion for someone in his line business, Wes will normally keep to himself opting to silently pine instead of acting on his feelings. In the past he’s had the tendency to fall for those with whom he’s felt most at ease with, but now…