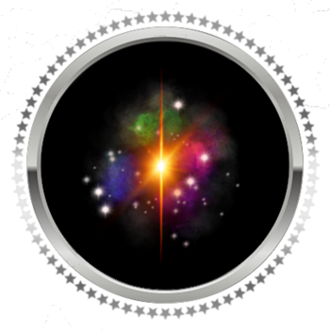 The Alternate Universe Research Association
The Alternate Universe Research Association, or 'AURA' for short is an organisation dedicated to studying and understanding alternate dimensions and the manner in which they influence Vyldermire. Focused particularly on interdimensional travelling and learning about other worlds, the company utilizes information brought by various Otherworlders to gain a better understanding of the universe. In addition to this, its researchers are also found to have used the information gained by those not of this world to progress their understanding of science and technology. AURA has had played a great role in the development of Rivengate, and is why this island, in particular, is much more industrially developed than the Mirean Mainlands.

AURA, whilst highly influential and well-established, is considered to be a controversial organisation by the general public of Vyldermire, particularly Gaiyans who believe in the natural balance of Vyldermire. Mireans tend to distrust the organisation and those who work there, some even consider its work to be dangerous and detrimental to the world of Vyldermire. AURA is a place for those who want to know more about the universe and is known for the enabling of Otherworlders existence in this realm. For Otherworlders though, it is not only a place they can go to be accepted but also a place where they can work with others like them to better understand how it is they came to exist in this realm.

"Somewhere, out there, something incredible is waiting to be known."

Located in the centre of Rivengate, the AURA building is a high-tech facility with several departments for various research. Visitors can access the building via the first floor, however, for further access, they would either require a membership pass which is only given to those who join the faction, or a visitors pass which will permit guests to visit the 'science museum', which is attached to the building and displays various discoveries in science and technology brought by Otherworlders and developed in Rivengate. The building itself has extremely high levels of security, and its entire is covered in an electromagnetic neutralization field that prevents any 'offensive' magic from being used in the building - normal magical abilities however can be used as normal.