Bertrand kicked dirt and grim over the smouldering embers of the fire that faithfully kept him warm through the night and helped him prepare his meals. His breakfast consisted of old bread and dried beef that he roasted above the fire and a big cup of coffee. Everything packed, and the warrior was ready to depart his campsite. Bertrand moaned as he lifted his backpack from the ground and slung it over his shoulders. "I should have invested in a horse," he said begrudgingly. Instead of saving for a mount, Bertrand spends most of his income from questing into his cup. He even made his morning cup of coffee from this morning with a hefty dash of whiskey.

The warrior bend over to pick up his apple from the ground that he had left there to eat as he walked to his destination. Bertrand used his sleeve to remove the dirt from the fruit and proceeded to sink his teeth into the juicy fruit. The adventurer took a quest to fight slimes in Hoptus forest. Two days in, no sight of any slimes yet.

A couple of hours went by, and Bertrand found himself on T-split. He stopped and looked down both paths. He let out a sigh, "I guess it's early lunch." Bertrand took off his backpack and placed it against a tree. He looked for his plate, utensils, and his food. Cold sausage and stale bread. He did not make a fire this time. Something he often did not do for lunch, too much work and effort. Though, stale bread was a nuisance. As he ate, his eyes were fixated upon his two choices. 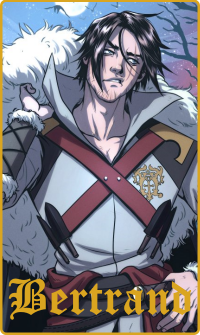 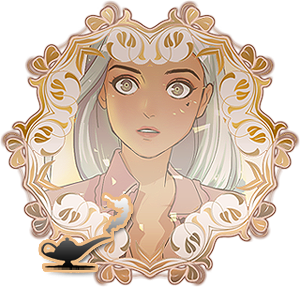 The skies were already alight with life when Karimah issued forth from the lamp. This quiet solitude suited her; she wanted to relocate to some other part of the land to expand on her understanding of this new way of life, and much of that required movement and involvement. To be stationary never helped anyone, but to be stationary did offer comfort and better access to an endless array of somewhat questionable books.

As she did not know where she would land, there was no haste to get to wherever she was headed. After walking past too many trees to count, she dared not take another step to the one tree closest to the path which another person occupied the space. He was shy of enjoying a meager and humble meal, but he seemed to be looking for a few things and taking a moment to decide.

Having seen this from a small distance, the decision to leave him in peace came to mind, and yet she supposed she needed to have a more general idea of where she would go. With that thought, the genie took the jump by asking him a very simple question, smiling with obvious uncertainty: “I see you are traveling,” she could have slapped herself for the weak start. “So am I,” she continued, “which leads me to my next point; do you know the quickest way out of here? Out of Hoptus, of course.” Thump. The land of Hoptus shook as if experiencing a small earthquake. Rocks clattered, water rippled. Thump. The trees shook their branches angrily, as if to ward off whatever evil dared disturb them. Birds took off in their flocks as the threat drew near, calling out their warning cries to the rest of the forest’s inhabitants. Wheeling higher, they took off to find a safer place to find food. Thump.

Towering above the trees, several stories tall, was an unusual creature whose footsteps were shaking the earth. While Hoptus did tend to host rather odd beings from other worlds, this was the largest one to be warped from a portal in a long time. He dwarfed even the tallest of trees. If one were to look closely, they would see that the Otherworlder’s body was made of mixed types of stone. A dark blue slate made up most of its surface, dotted here and there with patches of red shale and red granite. It was humanoid, but with large stone spikes and spires coming from its head and shoulders. The torso and arms were thick, heavy with stone and strength. It was a colossal being, a stone titan from a world far beyond.

The titan let out an angry rumble, the deep sound carrying many miles away. He was in a sort of delirium caused by this world’s magic fighting against his own. Bit by bit his cognitive function was scattering, leaving him only able to form basic thoughts and little ability to focus. Currently, his mind was in destruction mode. The effort of maintaining this form against magical pressure caused him pain, and thus, anger. Anything that stood in his path was the subject of his wrath if prominent enough.

Following a human road for a while, the titan’s heavy steps warned of his presence long before he fully came into sight. The deer were spooked by the noise and were long gone before he stepped foot on the glen where they usually lay. Another grumble left the colossus’ stone mouth. He clenched and unclenched his giant fists, causing the sound of grinding stone to pierce the air. Food. Where was the food? He wanted to eat something, but couldn’t figure out through the brain fog how to do it. In the distance, he saw a fork in the path. Maybe taking a different one would lead him to food.
Post WC: 401 ❂ Thread WC: 401 ❂ Tagged:   @Karimah  @Bertrand    ❂ Music: Link