Not at all surprisingly, Otenshire was a picture perfect prairie town. Plenty of patches of trees dotted the landscape but for the most part, the stretch of farmland endlessly rolled on. Jian could glance down at the ends of her pink hair and see her black boots and see the reflection of her red eyes in a nearby puddle and see how starkly she stood out here. With any luck, monsters wouldn't discriminate based on appearance. Today, she was mostly searching for a few cute creatures, maybe with some usefulness. Apparently mossbuns were extremely popular as pets. After researching a little more on the subject, she could see why. Not only were they absolutely harmless, but the upkeep seemed very manageable. The taming process was also straightforward. 'Just a carrot, right?' Jian reiterated to herself as she peered around, running her fingers through some of the taller grass. Maybe venturing into the woody areas might help, as thin as they seemed to be. She did see a few bushes over there though-

Ahha!! Mossbuns! Jian saw a lone one of the adorable creatures huddled near a bush, nibbling at what looked to be either leaves or stems where fruits might have formerly grown... and already been eaten. Carefully, she crouched down, just in case it could help make her already short height even less intimidating. Feeling around in her waist pocket while still keeping a close eye on the mossbun, Jian fished out a few carrots and leaned forwards. "Here you goo," she wiggled it in front of the little mossbun's nose. Its eyes peered up at the offered treat before the cute little animal bit the tip off and began to nibble the vegetable away, little by little.

Jian let the mossbun take its time eating, relieved that the taming was as straightforward as the research had claimed. Mossbuns were popular for a reason, and this was it. Patiently, she continued holding out the carrot until it was finished, then proceeded to draw out another one. Once it had eaten two whole carrots, she tried to go for a gentle pat on the head- and it was a success! The mossbun didn't pull away at all, leaving Jian with a satisfied smile. Gently, she scooped up the little creature and deposited it into her pocket, where there was plenty of space so that it wouldn't get squished and could poke out its head. She would just need to move around with the small entity in mind.

A bright patch of something in her peripheral vision had Jian turning her head away from the bushes and towards the more open, grassy plain type fields. 'What's that?' She narrowed her eyes at the sight of large, lumpy white balls of fluff. They appeared to be something like a furry cow, and there was only a small pack. They didn't look threatening at all. Jian stared at the creatures a little longer in scrutiny before she took another look around the area. Perhaps there was someone nearby who she could enlist the assistance of, mostly for more information about these gentle looking beasts. Since she didn't exactly appear to be a local, she decided it would be prudent to proceed with a bit of caution when approaching others. From what Jian had discovered, many inhabitants of this land were reluctant to interact with Eldritch or Anthros, both of which she shared similarities in appearance with despite not truly belonging to either race. Was there anyone around who didn't look too skittish or unwelcome to strangers...? 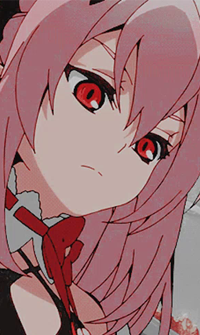 Dio had been traveling for just over a month when he reached the town of Otenshire. It was quaint compared to other settlements he had passed to get here. Of all the landscape he had seen since running away from his life of involuntary servitude, the sprawling fields of grass and crops calmed him the most. Out here, life went on quietly without much interruption, a harmonious place of land and sky. One could feel small among the gentle golden hills around the town, which is exactly what Dio wanted.

The hybrid was on the run from his half-brother, so keeping a low profile on his travels was a necessity. He’d passed through Otenshire without issue, keeping the hood of his cloak pulled close around his face and moving briskly through the streets. The hood further served to hide him from scrutiny by covering his elven ears and draconyte horns from view. Most humans tended to look down upon hybrids such as himself. The less attention he could draw, the better off and safer he would be.

Upon leaving the town, Dio noticed a young woman with pink hair across the road from him. His steps slowed, attention pulled by curiosity as he watched her pick up a mossbun from the bushes and tuck it into her pocket. The fluffy little creature seemed comfortable with being handled. Dio had seen tamed creatures before, but the thought of doing it himself had never crossed his mind until now. As he looked on, he wondered what the creature’s fluffy fur would feel like.

The mysterious man followed the woman’s gaze towards some creatures out in the grass. They were buffalope, a stocky species of hoofed mammal that inhabited the plains. Dio had heard about them at a tavern a while back and seen them for himself on the way into Otenshire.

“Those are buffalope,” he called out to the woman. She seemed nonthreatening enough, so he felt comfortable speaking with her. Should any sign of hostility show he would hit the road again. “Don’t get near the babies, the mothers are very protective.”
Post WC: 351 ❂ Thread WC: 351 ❂ Tagged:  @Jian   ❂ Music: Wild Ones Buffalope. A very cute name, if Jian was to be making any judgements about the supposed adorableness of wild creatures. She sent a grateful glance at the stranger and took the opportunity to survey him out of curiosity. Although his figure failed to produce any sense of unease within her, Jian decided to reserve judgement for now. And her trust. She was quite ready to converse with him, but only as a polite stranger for now. "Your advice is appreciated," she said, as her eyes ran over his cloaked image again, unintentionally searching the depths of his robe for any hints about his identity. A mysterious figure such as that, traveling without regard to how conspicuous it might seem in broad daylight... likely had something even more conspicuous to hide. Either that, or he had a large ego with a propensity for attracting attention. But somehow, she felt as though he didn't seem like that type. The clear and mild observation of the buffalope would say as much, at least in her eyes.

"Are you familiar with the rearing of buffalope babies?" Jian hid a close lipped smile behind one hand as she turned away from the stranger and towards the herd. They did look quite fluffy and altogether amicable, even if the mothers were apparently hostile to the approach of their children. "I came out here to find one of these little guys," she gently scooped up the mossbun from her pocket and pet it with two fingers. "But if there happens to be a way to get close to the herd without bothering the calves, I'd be more interested in an adult."

When she turned to look at him, Dio subconsciously hunched his shoulders forward as if to hide deeper in his cloak. It would hardly shield him from curious eyes, but he felt on edge when people stared at him for too long. Luckily, this woman didn’t seem to vocalize any questions about him that she might have been thinking, instead keeping the conversation on the topic of the fluffy white beasts out in the field.

“Not in the slightest,” Dio replied, following her gaze toward the creatures. Just a day before, he’d seen a mother buffalope chase off a group of teenage humans that were harassing her and her baby. Between the wild-eyed look and the furious snorting and tossing of her horns, it was clear that mothers would stop at nothing to protect their babies. He was observant of the creatures when he’d passed them, but the extent of his knowledge was quite limited.

The mossbun’s emergence from its hiding place caught Dio’s eye. His face never lost its neutral, almost stony expression, but inside he was marveling at how small and soft it was. The stranger pet it gently on the head and his own fingers twitched slightly.

“Then approach an adult without a baby,” Dio said bluntly with a shrug, his tone indicating he thought it was the obvious answer. “Give it one of those carrots you have and see what happens. Worst case scenario, you get trampled to death.” His attempt at a humorous jab came out rather grim. He stared levelly towards his pink-haired acquaintance, interested to see if she would take his amateur advice. By now, he had decided to stick around and see how it went down.
Post WC: 284 ❂ Thread WC: 635 ❂ Tagged:  @Jian   ❂ Music: Do Bad Well

Was that supposed to be a joke? Jian kept her face as neutral as possible, but she felt a sudden urge to burst out laughing, not at stranger's words themselves but rather because of the sheer straightforwardness of his delivery. Maybe that was a little mean, but it was so clipped that it was almost awkward. Smiling, she replied, "You say it like it's so simple. So maybe it is. Why not?" Jian was more than willing to give it a try. She had attempted riskier things in her lifetime, both in this world and her last. And risk such as this always came with reward. If that prize was going to be the love and adoration of an adorably fluffy buffalope, it was likely worth a small amount of danger.

Besides, she highly doubted that she would be trampled. That was what wings were for, after all; if things began to look as though they were headed south, she had some manner of an inbuilt escape route.

Taking care to force her steps into a light, gentle walk, Jian made her way towards a nearby adult that seemed to have no baby. It was entirely possible that she might be missing a little calf sequestered between its parent's legs, though. For that reason, she peered around the animal's body from a safe distance away before moving a bit closer. Walking with slow and steady steps... that was going to be her plan. Oh, wait, Jian had forgotten something. Her palm was still curled around the little mossbun, and she turned around, heading backwards several steps until she was in front of the stranger.

"In case I get trampled to death," Jian smiled at him with humor in her eyes as she held out both of her hands, cradling the little creature in the center. If he didn't want to hold it, at least temporarily, she would just take it with her. The worst case scenario wasn't very bad anyhow. But it would be nice to see if he wanted to give the little thing a temporary safe haven. After resolving that issue, Jian stepped back towards the baby-less buffalope and reached into her other waist pocket for a crunchy carrot. "Hey little... ahem, big fellow, I know you're probably hungry." Hopefully the creature was as gentle as it appeared.