» Gotta Get Back, Back To The Pa- I mean Pegasus [OPEN]
by Daisuke Yesterday at 5:45 pm

» Quest Turn In
by Nessa Cordelia Lux Yesterday at 12:19 pm

» Birch and Rein
by Nessa Cordelia Lux Yesterday at 12:09 pm 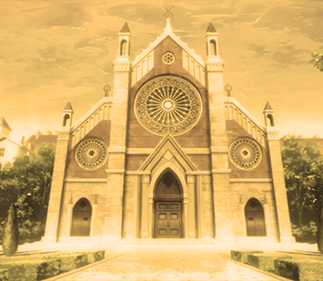 HOLY NEWDALE!
Reports of dispute between the Eldritch leadership and the Common Realm nobility have come to rise lately, as Newdale is confirmed to be the first region of the Outer Realm where a Church of Fleuve'ir is set to be built. Officials are claiming this will build more tolerance amongst human and Eldritch by making humanity feel more accepted in Outer Realm location.

Newdale, a town located on the outskirts of the realm border, closest to the Capital City of Engloria, is a place known for its mixed inhabitants of human and Eldritch alike, with a few Anthros living there too. Which is why it was decided to be the olive branch that would begin the task of allowing humans to practice their faith within the town of Newdale.

However many Eldritch and some humans are against the installation of the new church. Saying that it is a claim to mark Eldritch territory under human rulership as well as a disregard for the Eldritch's own faith; The Order of the Eternal.

OTHERWORLD INVASION!
According to research conducted by Dr Nikolai Cross, head of Otherworld Research at Rivengate's Institution of Science, the influx of Otherworlders that are predicted to be entering Vyldermire in the year ahead is said to be double the numbers of last years influx. Why this increase is occurring has yet to be determined however when our Reporters visited Cross he stated; "There is obviously something that is drawing the Otherworlders through the portal in Hoptus Forest, we can only assume that the pool of energy that it contains is so strong that it is pulling those in during instances of interdimensional travel. Thus we can assume that there is a reason, that they are being brought here, a purpose. As such, we should welcome these Otherworlders and any useful knowledge that they can provide our world." 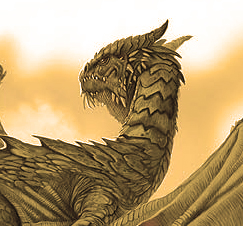 MORE WYVERNS SPOTTED IN HOPTUS!
Adventurers are reporting an increase in sightings of Wyverns in Hoptus Forest, particular Forest Wyverns. Adventurers are advised to proceed with caution when heading into Hoptus Forest as these creatures are known to be extremely territorial and have a poisonous stinger on that tail that is extremely harmful and on some occasions lethal to those who have been stung by it. So far this year there have been 58 reporting's of deaths by Wyvern attack, however this still remains lower than Slime related killings, which is currently reported at 232.