Victoria Draconis
WC : 270 |ThreadWC : 270 | @ N/A
Truth be told, Tori was surprised by the simplicity of the forest as she looked about and walked its depths, she would pass under ancient trees, and step over knotted bark following one game train after another. Though this was not the first time she had entered Hopolite forest, it was the first time she had done so in many years. When she had last stepped within the depths of the trees her mother had been alive, and speaking to her about the wonders of beast taming.

Now however Tori was alone, having once more escaped her guards she would find herself roaming the south-west most edge of the forest, making sure not to stray too far. Although her guards would call her reckless, she felt she was being quite practical. She had come to the forest, against her fathers behest, to attept to tame her first beast, and there was no way she would find a suitable creature with loud, armor-clad knights following her every step. So, when they had settled for the night, she had slipped out, leaving a note in the tent they had erected for her informing them that she would return to the camp in a couple days’ time. She had no doubt they would be looking for her, but she assumed she had a bit of time before they found her, and if she was lucky, they would give up and just wait.

In the meantime, the female Draconyte would duck once more under a low branch and find herself in a beautiful clearing. She could hear the running water of a spring nearby. 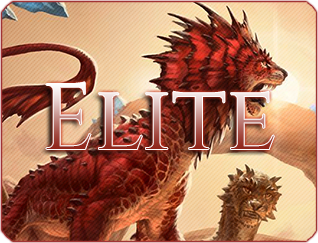 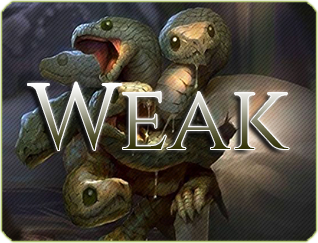 Victoria Draconis
WC : 570 |ThreadWC : 840 | @ N/A
One thing Tori did not expect was the sudden appearance of her first creature for the evening. As she found herself walking under a large tree, she would move one of the branches to the side to suddenly feel a burning pain and a sticky substance. All of a sudden, a blue liquid-like substance would drop from above, plopping onto Tori’s arm which caused extreme pain, as she flinched and dodged to the side she would look over to see a blue slime situated where she once stood. Wasting no time, knowing this creature was not one she could tame, and one that would attempt to kill her she moved into action.

With a rapid series of blows she would strike at the slime, doing what she assumed was little damage, and succeeding only in scorching her hand, and burning one of her shoes. Cursing herself, she would take a step back, ever sense her father had insisted she rely more upon guards than risk her life she had stopped carrying her bow and blade, she should have known to steal a weapon before leaving behind her men, but in her haste the thought had slipped her mind.

Doing the only thing she could she would reach over and grab the nearest and biggest branch. Using all her Draconyte strength she would proceed to slam it into the creature, well past the point that the branch had dissolved into but a stick, and the slowly moving pile of goop would become a puddle of remains.

Taking a deep breath Tori would drop the now useless weapon and curse herself once more. At the very least, perhaps she could get some of the slimes residue to use later she reminded herself…

Having been careful to collect the residue within glass vials she would turn her head slowly to a new sound, a slight scratching sound, followed by a squeak. Not far off, Victoria would see a small orange creature with wings looking towards her.
The strange creature looked almost like a squirrel, and had a large fluffy tail, and bat wings. It would be looking at the Draconyte woman with a curious eye, jabbering away with its squirrel language.

“Was this slime infesting your home?” Tori would ask, her voice changing to a higher tone as she spoke with the adorable little creature. Reaching into her pocket, being careful as not to scare the being, she would look through her mothers notes, finding out that the creature was called a Pikeeku.

Moving slower still Tori would reach into her bag for the supplies she had prepared for this trip, as well as dip slightly into her rations. She would pull out a selection of berries, nuts, and even a slice of pear she had been eating earlier. She would set it down onto the floor and take a step back cautiously watching the creature.

The Pikeeku would sniff the air experimentally before rushing forwards and examining the display in-front of it. Almost as quickly as it had appeared the creature would snap up the berries and fruit, then run off disappearing into the woods jabbering what Tori could assume was some sort of thanks. With a smile, the female draconyte would gather the materials, and set off once more, hopeful now that there would be more creatures to find, and wondering if one day she would see the adorable Pikeeku again.
HP : 90 / 100 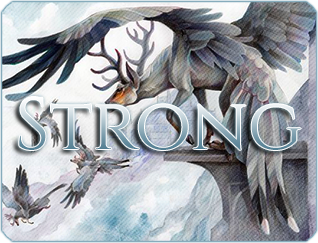 Victoria Draconis
WC : 854 | ThreadWC : 1,694 | @ N/A
Tori would walk down the new path she had found with a smile upon her face, the encounter with the Pikeeku had put her in a great mood, the air smelled fresh, and she had hop for whatever was to come. With a pep in his step, she would move under another tall tree and find herself next to a rather beautiful lake. She could see a small stream which fed into the lake, with beautiful clear water shining in the twilight.

Crouching down she would run her hand through the cool water, using a bit of it to soother the burns she could feel upon her knuckles. The water was nice, it was cold but not frigid and did well to help her hands.  Finally before moving on she would cup her hands she would take a small draft of the clear liquid, letting out a satisfied sigh. The water tasted good, as great as she had expected. She was pretty certain the Gaiyans had something to do with this place being so beautiful, but she did not know for sure.

Once she was satisfied with the state of her burns, having had enjoyed her drink, and a quick bite to eat she would stand once more, realizing that the sun had set rapidly leaving her in darkness. Wasting no time she would pull out her camp gear, having prepared that even though she had forgotten about a weapon, she would prepare to settle for the night.
______________________________
With a sudden loud noise the half-Draconyte female would be awoken from her sleep. She sound, seeming like a strange mix between a bird, and a mammal. Getting up slowly the amber eyes of the dragon-kin would look into the darkness, trying to determine its source.

Glancing side to side Tori would see the culprit. The Silver-blue creature was crouched high in a tree. It would look around for but a moment before rushing off, disappearing in the distance. Tori would move, wasting no time to back up she would grab her pack and rush off, hoping to keep track of the creature.

As she rushed forward Tori would once again feel a sudden sting of burning pain, this time on her foot, then even as she tried to rush to the side, away from the creature she knew she would find, she would feel the burning pain again, this time on her shoulder. Yelping in surprise she would bat at the being, feeling its gelatinous form squish as it was knocked away. With a sign, she would curse her luck, running into slimes again was certainly a bad sign.

Although the culprits were quickly dealt with, the damage was far from minimal… Tori’s shirt was all but ruined, having been burned at the shoulder by the slime, and one of her shoes was now missing. Her hand was throbbing in pain from where she had hit away the slime on her shoulder, and to make matters worse the creature she had been following was nowhere to be seen…

Determined now to see her task finished and return to her guards the royal heir to the draconis household would take off again. Though it had only been a few months sense she had officially taken the title of heir, she had proven herself quite inept at the job, and she had no doubt that once her guards reported what had happened to her father, she would get an earful… she hoped only that he would respect the power she showed, though he knew that would only happen if she succeeded in her task.
______________________________
Although the search took almost another hour she finally chanced once more upon her prey, almost by accident. Looking up, the horned female would eye the Fernyx not 5 meters from her. The creature, it seemed had noticed her as well, and was watching curiously but cautiously.

Taking great care Victoria would open her satchel, and look away from the creature for just a moment. She knew she was exceedingly lucky. The Fernyx was pretty uncommon, though it was one of the two creatures she had hoped to chance along. As such, she happened to have a selection of foods her mothers notes said would work well.

Intentionally grabbing the rabbits foot, rather than the chicken legs, as well as a jar of gathered insects she would lay out a cloth, and deposit both onto the area. She would then sit cross-legged a few feet from the buffe, and wait.

After a few minutes the creature would get curious enough to get closer, first eyeing her suspiciously, then becoming more enamored by the offerings. As it landed on the floor near her, she would watch as the cute quadrupedal creature would start to eat the meal. After a few moments, as the food was gone, it would look towards the Draconyte expectantly.

Tori having been prepared for this would offer her new friend another rabbits foot, this time offering it directly from her hand. The Fernyx would make a satisfied noise as it crawled closer to her, and ate the offering.

Tori would smile once more at the small creature, satisfied in her efforts.
"I think I am going to call you Fylix."